Misinformation, propaganda easy to spread when individuals are not trained to see it 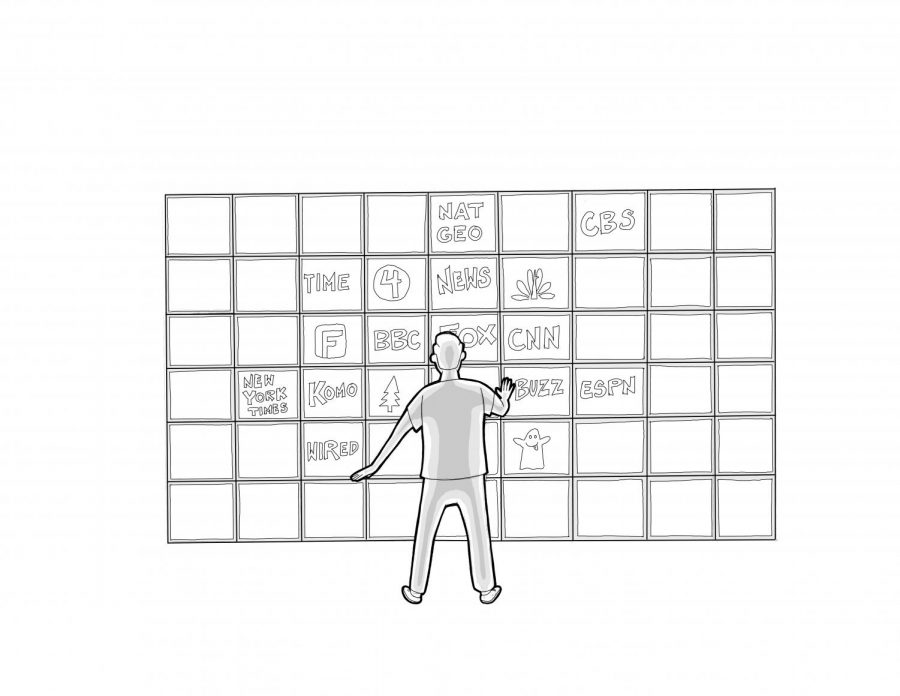 Americans were subject to misinformation through propaganda and misleading stories from various sources of media during the 2016 presidential election, and it’s still happening nearly two years later. This subjugation to trashy media has been polarizing the two main political parties and feeding off an American determination to always be right.

The main source of this divide has been the implementation of misinformation, often referred to as fake news, to fulfill media conglomerate agendas. To combat this, Americans must be media literate.

“[Media literacy] is the ability to separate fact from fiction,” Ridout said, “the ability to understand the motivations behind why something was written, and being able to grapple with the media stories that we’re confronted with each day in an intelligent fashion.”

Many Americans are first exposed to media literacy education in college and many don’t even take into consideration the quality of the media they’re digesting until it’s too late.

Forty years ago, people didn’t need to be prepared to identify misinformation because they knew that the media provided a generally unbiased story that stuck to facts.

However, Ridout said, the issue with media has more to do with how media itself has changed.

“I’m not sure if media literacy is any worse than it once was,” he said, “but the way the media environment has evolved has proposed new challenges for the average news consumer.”

These “news organizations” that produce misinformation are often obscure, unheard of sources that spread false information through social media. Friends end up sharing articles, fostering a sense of credibility in a story despite its deliberately misleading design.

Yes, there are still great journalists, but an overwhelming number of “journalists” and news organizations like the Huffington Post, Brietbart and other clickbait organizations are undermining their efforts.

Now stories are often chosen for the number of eyes they will draw.

About 126 million Americans were exposed to some form of fake news on Facebook during the election, according to the site. Labeling people by political beliefs, as Facebook does, further polarizes Americans because these algorithms only show media that aligns with individual views rather than challenging them and fostering personal growth.

Americans must be more responsible and ensure the media they share is accurate and well-rounded. While instructors like Ridout are educating people on media literacy, we still need to do more, like make media literacy classes standardized in both high school and college, or restoring the Federal Communications Commission Fairness Doctrine that required media organizations to present both sides of the story.

Without this, Americans will continue to become robots programmed by political machines. Not Democrats, Republicans or any other political affiliation, but a product of agenda setting.