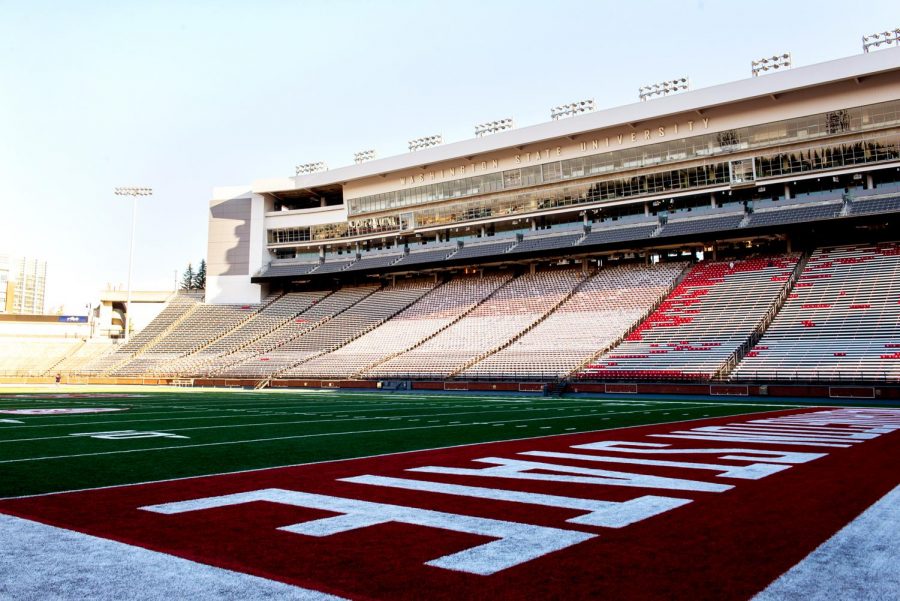 WSU Athletics will present a budget plan to address the deficit facing the department in front of the WSU Board of Regents June 7-8.

A university investigation into a former WSU athletics administrator found that over a three year period, he violated WSU’s Title IX policies by making inappropriate comments in the workplace and demeaning employees because of their gender.

Multiple witnesses, most of which were women, interviewed by the OEO, told investigators Lucier’s behavior made them feel uncomfortable or intimidated.

One of the complainants told investigators Lucier would use words such as “c—” and “p—-” in her presence, yell at her multiple times a day and belittle her to the point that she was insecure about her competency, an account that several other witnesses in the report confirmed.

Witnesses also described incidents in which Lucier made derogatory comments about women’s sports such as “Why do we have female sports like soccer?” A witness recalled Lucier saying he did not want to hire women and making demeaning comments about female administrators, including, “Women administrators need to be careful they don’t trip over the wrong d—.”

Moos, who now directs athletics at University of Nebraska, declined to comment. Marlow, who is now vice president of athletics at Northern Arizona University, did not respond to multiple requests for comment.

Multiple witnesses in the report described Lucier as having “broken” relationships with several female employees in the athletic department and said they were intimidated by him. Some female coaching staff described having difficulties dealing with Lucier, and one coach said she preferred to send male coaching staff to discuss issues because she didn’t like interacting with him. Several women interviewed by investigators described Lucier leaving unprofessional voicemails or emails and yelling at them in person.

One employee told an interviewer she was used to hearing “locker room talk” over the course of her career in athletics, but she had “never felt threatened or intimidated” until her interactions with Lucier.

Witnesses also recalled Lucier frequently using inappropriate language, such as the word “p—-,” toward a male employee, or to describe WSU student-athletes and coaches.

A female employee told investigators Lucier had told her on multiple occasions, “we need to be loyal” and “I can’t have people running to HR every time I drop an f-bomb or scream and yell.”

In the report, Lucier said that conversation may have occurred, but that it was only one time during a job interview and he did not talk about screaming or yelling. He told investigators he “wanted her to understand the way I am,” because he is “rough around the edges.”

He said the employee who filed the complaint against him should have known that “this might not be the right job” for her if she could not handle his behavior.

When investigators asked him about his behavior, Lucier said his language was “salty” and that he had not yelled at employees, only raised his voice. Lucier said one employee with whom he had a negative interaction was biased against him and athletics senior leadership, which he said was nicknamed “the Oregon mafia” because Moos, Marlow and Lucier had all worked together at University of Oregon before WSU.

In the report, an athletic department employee told investigators that Lucier’s treatment toward a female complainant was “noticeable to others without discussing it.”  He said the female employee was “sensitive, but you don’t have to be sensitive to be offended by [Lucier’s] actions.”

Another male employee told interviewers that Lucier “rants and raves towards women, not me” and said that Lucier considered himself straightforward and direct. But from what the employee saw, he said it was easier for Lucier to be direct with women.

When investigators asked the female complainant about Lucier’s comments, she said “athletics is a different culture. I can handle cuss words, but not when it’s coming at me or derogatory towards me.”

During the investigation, an employee also accused Lucier of preferring to hire men over women and saying things such as, “I want a male,” or “I don’t want any more females” when discussing candidates for open positions. Lucier denied these allegations, saying instead the female complainant was the one who wanted to hire men.

When investigators interviewed Moos, he said the allegations against Lucier were surprising and seemed “out of character.” He said he was not aware of any issues with Lucier’s behavior until the formal complaint was filed.

An employee, who was not involved in the official reporting process, said she had also brought up Lucier’s behavior to Casavant. Another employee said she had brought up general concerns with a representative from the athletics Title IX office.

One witness said she was afraid to discuss her concerns with Lucier directly because she worried it would make him angry. She told investigators Casavant’s management style didn’t leave staff members feeling “empowered to go get help.”

According to the investigation report, Casavant did discuss employees’ complaints with Lucier and the investigators found there was sufficient evidence to conclude that Lucier was “on notice” for his behaviors and that he created a “hostile work environment.”

Lucier told investigators no one had approached him about his behaviors, and if “employees voice concerns in a direct manner, I certainly would have listened to them and changed.”

After the investigation concluded, the university signed a settlement with Lucier and he agreed never to apply for or accept a position at WSU again. The agreement, which was signed by Provost Dan Bernardo, Moos, WSU Attorney General Danielle Hess and Lucier, resolved “all matters arising from [Lucier’s] entire relationship, employment or otherwise, with WSU.”

The university bought out the rest of Lucier’s contract period for $31,000 and agreed not to discuss the terms of his employment outside of title, salary, dates and any other information they are legally bound to provide until 2019.

When Lucier signed the settlement, he agreed not to sue WSU for wrongful firing or any other issue. The document was not an acknowledgment of wrongdoing or negligence from either party.

Lucier started at WSU as an associate athletic director of compliance in February of 2013 and resigned in April of 2017. He previously worked for Fresno State University and University of Oregon.

Bill Stevens, associate director for athletic communications, said athletics could not comment on the investigation because it was a personnel matter. But he added the department recently completed a sexual harassment and discrimination prevention training, which they do periodically.

“Those are issues we take very seriously and we do try to revise as needed,” Stevens said.  “We do follow best practices and we want to make sure it’s a safe and comfortable work place for all employees.”

Editor’s Note: The Evergreen normally uploads copies of documents from records-based stories to give readers the opportunity to further investigate for themselves. In this case however, the documents were not attached to the story to protect the identities of victims of harassment and discrimination.