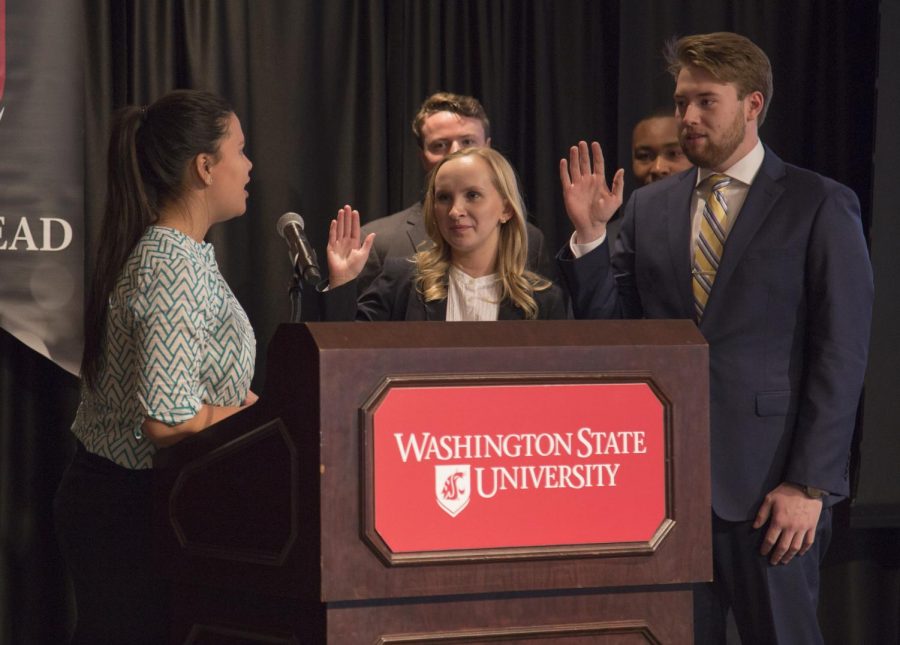 Rogers said her administration is eager to serve the WSU community by empowering students, increasing accountability, growing engagement, prioritizing safety and improving the education of students at WSU.

Gilmore said GPSA is committed to working with the community and university partners to provide students with the best academic experience possible.
“People usually ask why I love GPSA,” Gilmore said. “Two words I usually say are commitment and service.”

The 2018 LEAD ceremony recognized both undergraduate and graduate students, faculty, staff and community organizations for their excellency in leadership and community service at WSU.

Nine graduate students were recipients of the president’s award for going above and beyond in their field of research.

Elizabeth Warren, one of the recipients of the President’s Award, was also this year’s recipient of the $1,000 Virginia E. Thomas Scholarship, which serves to recognize an undergraduate student who embodies leadership, excellency, service and outstanding character. Warren is a junior studying agriculture and food security at WSU.

The Pullman Schools Pantry Program was the only community organization to receive an award. Mary Jo Gonzales, vice president of Student Affairs, said the organization provided an opportunity for students to recognize poverty and to help increase food access and security in the community.