Cougars look to finish season with strong performance at tourney 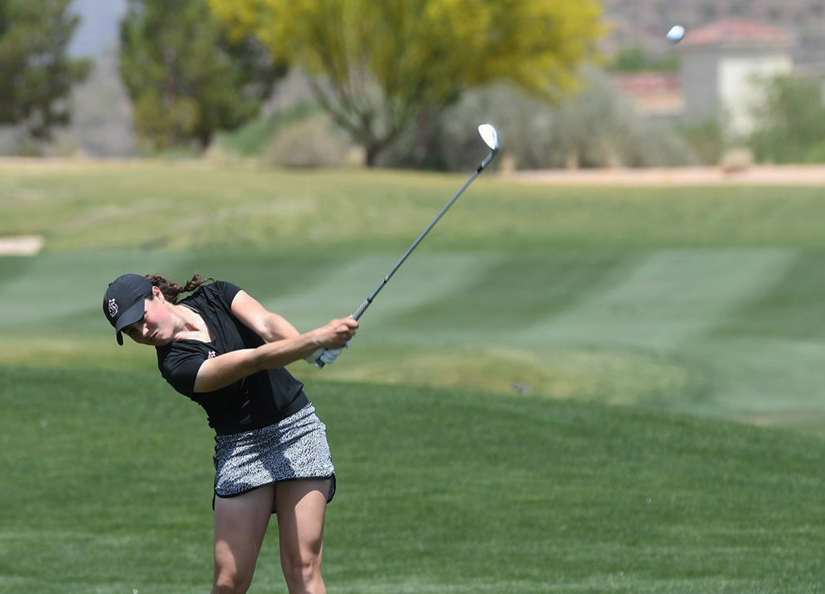 Senior Bree Wanderscheid completes her follow through after hitting a shot earlier this season.

WSU women’s golf will take a trip to the Broadmoor Golf Club in Seattle for the Pac-12 Championships, which run from Sunday to Tuesday.

This is the last tournament of the year for the Cougars. It’s bittersweet for the seniors, including Bree Wanderscheid.

She said she wants to have her best tournament of the year, but she is more focused on enjoying her final moments as a Coug and reflecting on the relationships she has built with teammates.

“You can get too outcome-oriented,” Wanderscheid said, “and just forfeit all the fun you can have out there.”

She said she has never played at the golf course the Cougars will compete at this weekend, but she isn’t worried about the learning curve. It’s just like any other tournament, she said — you don’t really know the course you’re playing on until you get there.

“The only thing I really know before my practice round,” Wanderscheid said, “is that it is going to be more wet, so the ball might not be rolling as far.”

The coaches scouted the course for the players and took pictures so the Cougars could be prepared for the challenge, she said. She added that the coaches do a great job of surveying the land and make aiming targets for the Cougars on each hole.

She said the course is narrow, and to get used to that the team has been playing at the Lewiston Golf and Country Club. Wanderscheid said the Lewiston course has a lot of trees down the fairway, so they have to focus on keeping the ball straight.

Reflecting on her last year as a WSU golfer, Wanderscheid said it was the most fun. The team didn’t have any incoming freshmen, and because of that she said they got closer and improved overall.

She said the best part about being with everyone for two years was being able to watch her friends grow as people on and off the course.

“Looking back at tournaments, I don’t even remember what we shot,” Wanderscheid said. “I just remember all of the fun things that happened.”

The Cougars start competing at the Pac-12 Championships on Sunday and continue until the tournament wraps up Tuesday.