A combined 22 runs were scored, Clanton broke WSU record for doubles in a game 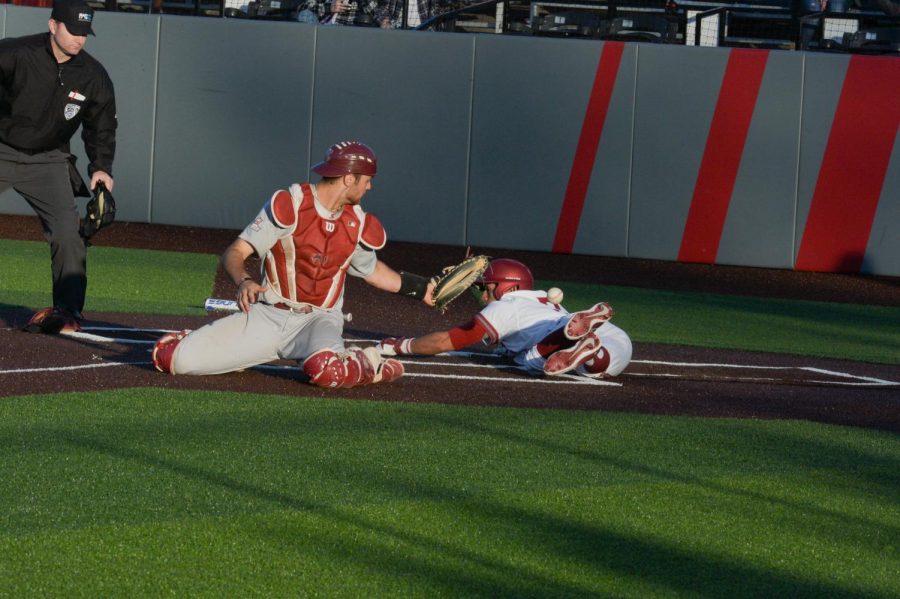 Junior infielder Andres Alvarez slides home during the Cougars win against Santa Clara in game one of the series hosted at Bailey-Brayton field.

Head Coach Marty Lees said that he was happy the team won, but disappointed by a lot of things he saw in the game.

“Our defense has been unsatisfactory and not acceptable,” Lees said.

Senior outfielder Blake Clanton set a school-record for doubles in a game with four. Clanton is only the fifth player in Division I this season to double at least four times in game.

“It’s a blessing, I didn’t know that, but it’s super cool,” Clanton said. “Just have to come back and do it again tomorrow, it’s awesome.”

Lees said that Clanton didn’t just get four doubles by showing up to practice. He said Clanton is a competitive kid who has earned that mark by putting the time in and believing in what he’s doing.

WSU started the game with hot bats, scoring three runs in the bottom of the first inning. That lead didn’t last long when Broncos redshirt sophomore designated hitter Ryan McCarthy tied the game in the top of the second with a three-run home run.

The third inning saw five-runs come across the plate for each team, leaving the game tied 8-8 heading into the top of the fourth.

After the fifth inning, both teams had scored all the runs the game would see as the bullpens did what was necessary to keep the opposing offenses at bay.

Senior right-handed pitcher Ryan Walker relieved sophomore left handed-pitcher AJ Block in the seventh inning, coming in to a bases-loaded jam. Walker only needed one pitch to get a groundout that ended the Broncos threat and shut out Santa Clara for the rest of the game to seal the victory for the Cougars.

Lees said the Cougars battled all night and responded when the game wasn’t going their way. He also said he wants the team to focus better and demand more of themselves.

Going into game two, Lees said he would love to continue the hitting and run-scoring, but really wants the team to defend better and have more competitive at-bats.

“We can rally anytime we want, but we wait until they score five and then we score,” Lees said. “I’m thinking we should start the fight first and take them out of there.”

First pitch for the second game of the series is set for 2 p.m. Saturday at Bailey-Brayton Field.