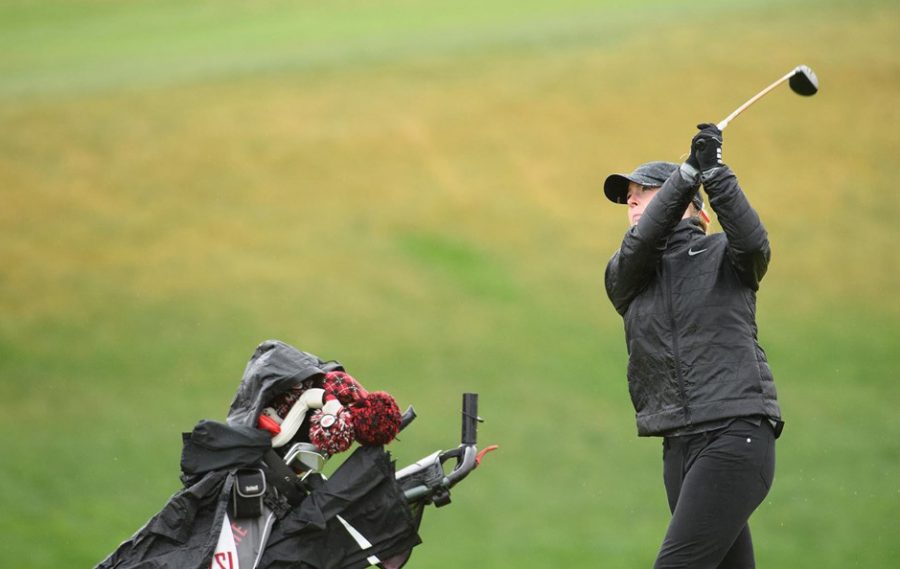 Junior Madison Odiorne hits the ball down the fairway as she competes in a tournament earlier this season.

WSU women’s golf was one stroke better as a team Monday at the Pac-12 Championships in Seattle after shooting a 299 (+11), but fell into 10th place overall in the standings.

After two days of play, the team is sitting at a score of 599 (+23). No. 1 University of California, Los Angeles, grew its lead over the rest of the competition and improved from the first day with a team score of 286 (-2).

The Bruins are three under par for the tournament, six strokes ahead of second-place University of Southern California.

Individually, junior Madison Odiorne led the way for the Cougars again, and moved up the standings two places into a tie for seventh. She shot the same score as her first round, a 71 (-1).

Senior Bree Wanderscheid climbed the rankings and sits in a tie for 24th place after shooting a 73 (+1) Monday.

The third round and final round of the Pac-12 Championships is currently underway at Broadmoor Golf Club in Seattle.