Cougars shot 13 under as a team in third round 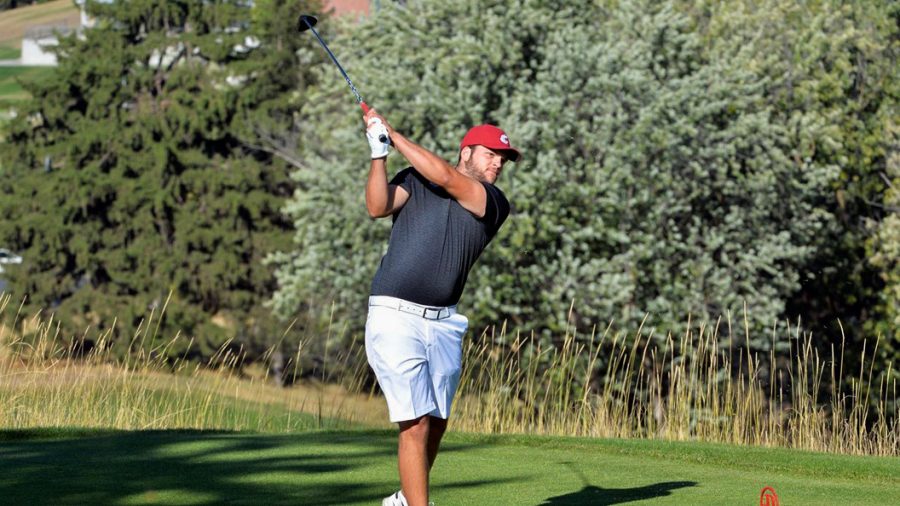 Senior Zach Anderson tees off, watching where the ball soars down the fairway.

WSU men’s golf sat in 11th place following its first two rounds of play at the Pac-12 Championships on Monday, but the Cougars bounced back today, climbing five spots to sixth after three rounds.

Five of the top-25 programs in the nation and the top three individual golfers are in the field for the championship being held at the Rolling Hills Country Club in Estates, California.

WSU had five out of its six players shoot even or below par in the third round. Senior Zach Anderson lead the way shooting a 65 (-6) on the afternoon and sliding himself into a five-way tie for fourth place at eight under par.

Carding seven birdies, Anderson tied University of Southern California junior Justin Suh for the lowest score of the day. The Canadian native moved himself into prime position for Wednesday’s final round to claim a high spot on the leaderboard but he still remains eight strokes behind Suh for the top spot.

With the second-lowest overall score for the Cougars, junior AJ Armstrong shot a 68 (-3) with three birdies and an eagle. Armstrong made his way up the leaderboard to tie for seventh.

Following an even par first day, senior Derek Bayley shot a 70 (-1) to move into a tie for 24th place.

Showing improvement from his first two rounds, senior Brian Mogg carded an even par 71 but is still at four strokes over par heading into the final round.

Junior Grant Cole had a bounce back round Tuesday. Shooting three under and carding five birdies along the way, Cole moved himself up the leaderboard into a tie for 33th.

After claiming his first ever top-five finish in the ASU Individual tournament on April 15, Cole will be looking to put together another solid round to close out the year and help push the Cougars conference championship leaderboard.

The fourth and final round of play begins at 8 a.m. Wednesday.