Cougars had four athletes finish in top-25 at tournament 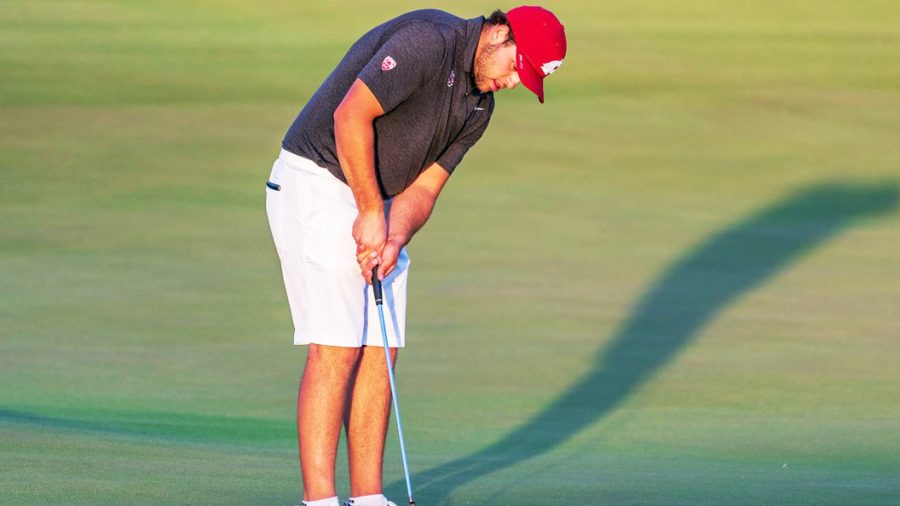 Senior Zach Anderson putts on the green, attempting to sink the putt.

In a tournament filled with ups and downs, WSU men’s golf placed seventh in the Pac-12 Championships at Rolling Hills Country Club in California on Wednesday.

This marks the Cougars’ best finish at the Pac-12 Championships.

The Cougars’ even par performance in the final round was not enough to push the team up the leaderboard as they dropped one spot from their sixth-place standing after the third round Tuesday.

After a seven-birdie performance Tuesday where he shot a 65 (-6), Anderson was tied for fourth place and in contention going into the final day. But it was too little too late, as his final round 70 (-1) was not enough to move him up the leaderboard.

With the top-10 finish, Anderson earned himself his highest career finish at the Pac-12 Championships in his final event as a Cougar.

Senior Derek Bayley and juniors Grant Cole and AJ Armstrong all shot a four-round score of 283 (-1).

Armstrong was sitting in 12th place overall going into Wednesday after shooting back-to-back rounds of 68 (-3). However, his five bogeys in the final round slid him down into a tie for 23rd place.

After a slow start in the first two rounds for Cole, he shot three under par in his last two to end the tournament on a positive note.

Bayley played consistently throughout, with his second round 74 (+3) being the only outlier in his final time taking the course for WSU.

The conclusion of the Pac-12 Championships brings an end to the Cougars’ season.