Cougars blown out by Huskies

WSU scored its only runs of game in second inning 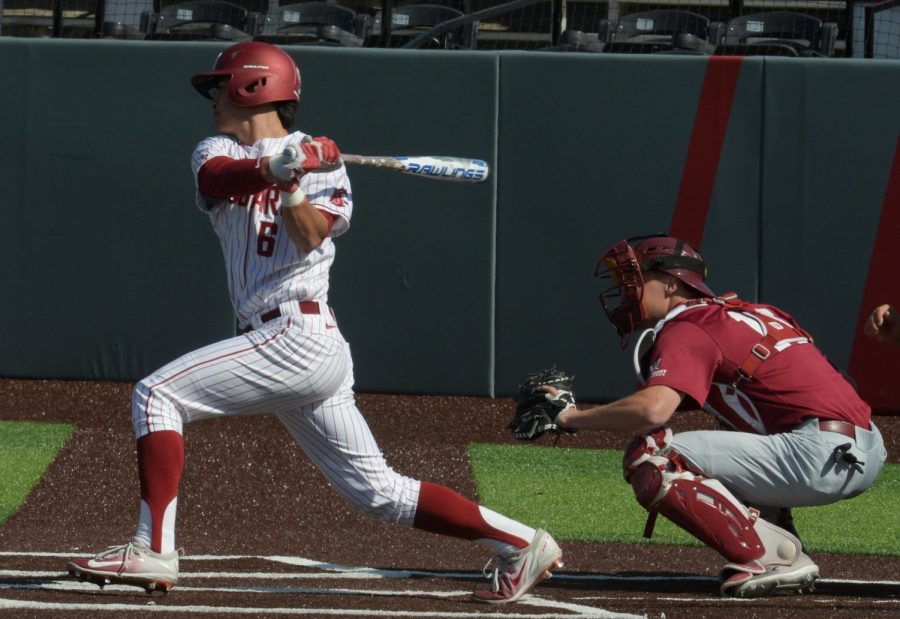 Mason de la Cruz bats in a game against SCU on Sunday at Bailey–Brayton Field.

WSU baseball lost 15-2 in the opening game of a weekend series with University of Washington on Friday in Seattle.

The Cougars scored both their runs in the top of the fourth inning. Sophomore infielder Dillon Plew doubled to lead off the inning and junior infielder Justin Harrer drove his ninth home run of the year over the fence in left field.

The Huskies (19-18) jumped on Mullins for a run in the first inning before scoring five runs on six hits in the third.

Freshman left-handed pitcher Michael Newstrom relieved Mullins midway through the fourth inning and gave up two runs over an inning and two-thirds.

UW put up another five runs in the bottom of the sixth inning. It scored three separate times on bases-loaded walks before tallying a run on a bases-loaded hit by pitch.

The Huskies scored 15 times on 16 hits, eight walks and four hit by pitches.

WSU will take on the Huskies 7 p.m. Saturday in the second game of the series. The game can also be seen live on Pac-12 Networks.