Athletes see dreams of making it to NFL come true 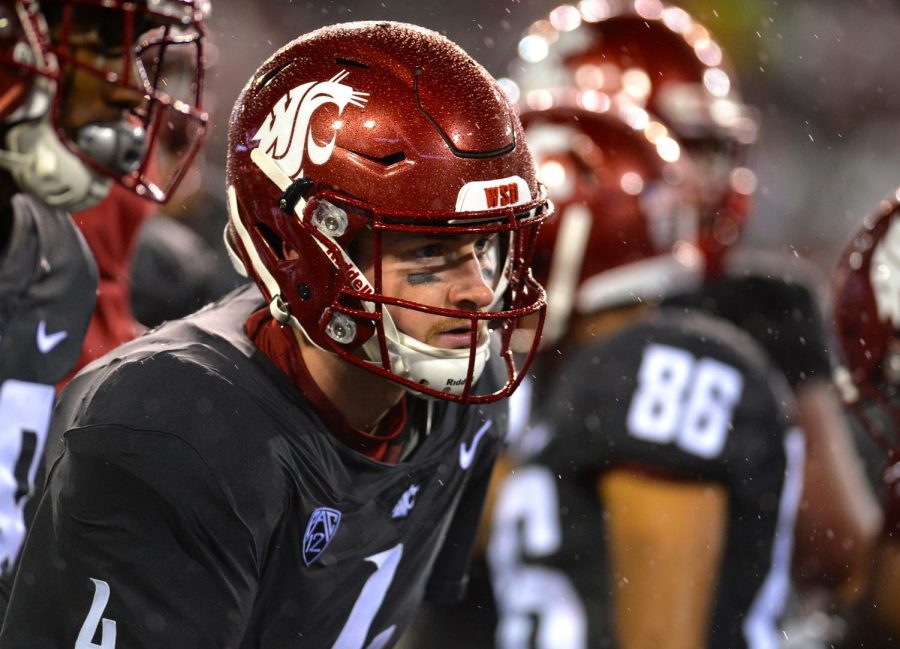 Former WSU quarterback Luke Falk returns to the sidelines after a turnover during the WSU vs. Colorado game on Oct. 21. He was drafted by the Tennessee Titans in the 2018 NFL Draft on Saturday.

The 2018 NFL Draft saw two WSU football players selected while a handful of other Cougars were signed as undrafted free agents. Below is a list of WSU players who will have a chance to prove themselves at the next level.

With the first pick in the fifth round of the draft, the Green Bay Packers selected WSU offensive lineman Cole Madison.

During his career as a Cougar, Madison earned All-Pac-12 honors three times and started 47 games, tied for the second-most in program history.

After being one of the top prospects available for nearly two rounds of the draft, quarterback Luke Falk heard his named called when the Tennessee Titans selected him as the 199th overall pick in the sixth round.

Another notable quarterback was taken at the exact same spot in 2000 by the New England Patriots — five-time Super Bowl champion Tom Brady.

Earlier this week, Falk thought he would be taken in the first or second round, but the Pac-12’s record-holder in career-passing yards suffered a bit of a free fall.

Falk will have to compete with former University of Oregon quarterback Marcus Mariota if he wants the starting job in Tennessee. Mariota has been the Titans’ starter for the past three seasons.

Nearly an hour after the conclusion of the draft Saturday, defensive lineman Hercules Mata’afa signed with the Minnesota Vikings as an undrafted free agent.

Mata’afa was selected to the All-Pac-12 team three times during his career at WSU and was named a consensus All-American this past season.

Ekuale received an offer from the Oakland Raiders as well, but chose the Browns because he believes he has a better chance of making the team in Cleveland, according to The Seattle Times.

Ekuale appeared in 51 games in his four years at WSU, recording 71 tackles and three sacks and forcing two fumbles.

Linebacker Frankie Luvu inked a deal with the New York Jets as an undrafted free agent.

The American Samoa native racked up 110 tackles, eight sacks, two interceptions and scored one touchdown on a 40-yard fumble recovery during his time as a Cougar.

Over his WSU career, Hanser saw the field in 40 games, tallying 58 tackles and one sack and blocking one punt.

Running back Gerard Wicks announced over Twitter on Sunday that he signed as an undrafted free agent with the New Orleans Saints.

Wicks rushed for 19 touchdowns over his career at WSU, tied for 10th-most in school history, and racked up 1,475 yards on the ground in 45 games.

Offensive lineman Cody O’Connell, running back Jamal Morrow and kicker Erik Powell still have yet to be signed by NFL teams, but have received minicamp invitations from a handful of teams.