The Daily Evergreen • May 4, 2018 • https://dailyevergreen.com/31756/sports/wanderscheid-finds-balance-in-senior-season/ 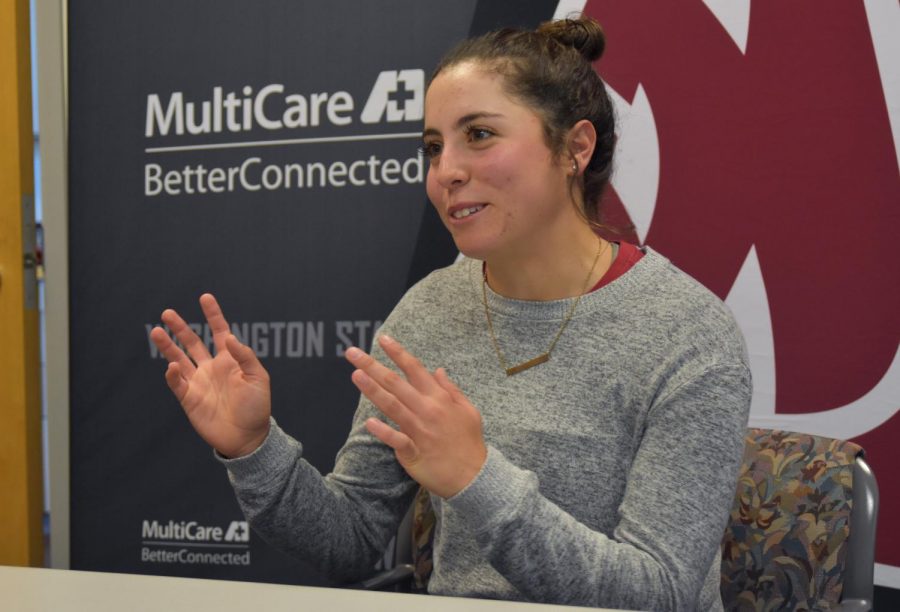 Senior Bree Wanderscheid’s career came to an end last week with the conclusion of the women’s golf Pac-12 Championships in Seattle.

Looking back, Wanderscheid said she will remember all the development she underwent and the good times she had while at WSU.

“It’s cool to see over the past four years just how I’ve grown,” she said. “Obviously in my golf game I can see that I’ve improved.”

During her freshman year, Wanderscheid admitted she was so stressed out with school and everything else that she wasn’t able to focus on golf as much as she wanted.

She said that missing a full week of school due to all the playing and traveling was a challenge for her, and time management was a big struggle right away.

“There were a lot of things I was stressed or worried about then that I’m not now,” Wanderscheid said.

As time went on and she got older and more used to the schedule, Wanderscheid said she started to use the free time they had on the road to study and get caught up on what she was missing in school.

With this intense travel and practice schedule, the team doesn’t get much down time. Wanderscheid said that when she has some, she just enjoys relaxing and watching television.

She tries to hang out with her friends that aren’t on the golf team, but it’s hard because the Cougars have grown so close, especially this past season.

Wanderscheid’s said her main goal was to prepare herself to perform on the golf course. When she would go to the course for practice, even on days off, she would spend a three-hour session mastering everything she could possibly need for the Cougars’ upcoming tournament.

She said her practice time would be split up by the coaches to focus on one area of her game at a time.

“I would putt for 30 minutes to work on my short game,” she said, “go to the range and have target practice, then go play nine holes.”

Head Coach Kelli Kamimura would tell them how long to work on each area and set up drills for them to practice, Wanderscheid said.  It was about repetition for the Cougars to reach their full potential.

As a child growing up in Goldendale, Wanderscheid watched her brother play golf and quickly became interested in the game.

“I started when I was eight years old because of him,” Wanderscheid said, “and it led to what it is today.”

When Wanderscheid was choosing where to go to college, she said that Kamimura stuck out to her. She seemed like a great coach and person. Wanderscheid saw that WSU would go out of the way to help her grow on and off the course, and that was exactly what she was looking for.

She said that even though the process was stressful, she knows now that she made the right choice, and she will never forget her time in Pullman.

“I just remember all the fun things that happened” she said, “looking back at tournaments.”