The Daily Evergreen • May 2, 2018 • https://dailyevergreen.com/31759/news/wsu-audit-finds-mismanagement-in-athletics-complimentary-ticket/ 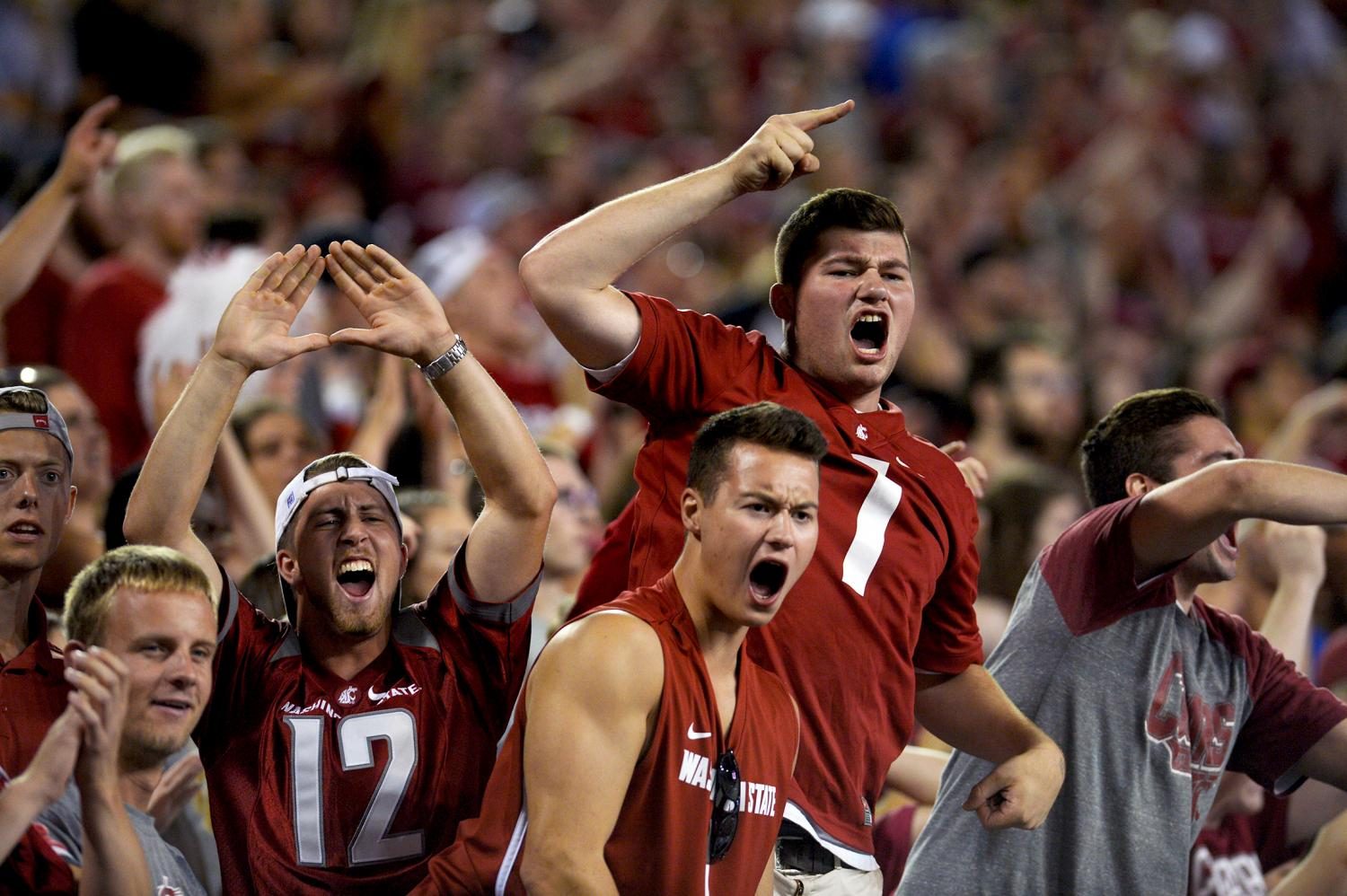 WSU fans passionately support the team during the 3 OT drama against BSU on Saturday, September 9.

The purpose of the audit was to investigate complimentary tickets given out for a home game against University of Arizona on Nov. 5, 2016.

Auditors found that athletics employees were communicating poorly with each other and that “the environment within Athletics, as it existed during the scope period and through the end of fieldwork, did not support a culture of compliance or fiscal responsibility.”

The audit aimed to ensure WSU was following regulations for tickets and passes to games, but it uncovered other problems associated with attendance data, benefits for athletics employees, handling of cash, contract management and ethics training.

Due to these issues, auditors expanded their investigation and determined that the WSU Athletics Compliance Office did not receive detailed information about who received free tickets, which could result in NCAA violations.

The auditors requested records to determine who received tickets for four seats in the club section of the football stadium. However, Athletics was unable to provide these records because former Deputy Director of Athletics Mike Marlow destroyed the records at the end of the football season.

Auditors found that the independence and empowerment of the compliance office, the department tasked with ensuring the athletics department follows NCAA regulations and other rules, was compromised.

Compliance officers don’t receive comprehensive information on complimentary tickets and they aren’t welcome to access preferred seating areas to check on attendees and aren’t invited to attend away games. The audit noted that the past director of compliance, John Lucier, did have access to games however.

Lucier resigned from his position last year when he signed a $32,000 settlement with WSU after an Office of Equal Opportunity investigation found that he had discriminated against two athletics department employees, according to a report obtained by The Daily Evergreen.

In the OEO report, witnesses noted that Marlow, Lucier and former Athletic Director Bill Moos had all worked at University of Oregon and that Lucier and Marlow were good friends, making witnesses and victims afraid to come forward with their concerns over Lucier’s unprofessional workplace behaviors.

The audit noted that since the hiring of new Athletic Director Pat Chun and turnover in Cougar Athletic Fund leadership, “culture and work climate” have been in the works.

Moos said one major change, which the auditors counted as positive in the report, is making the Compliance Department report directly to the athletic director, instead of to a faculty representative and then the president. He said a few weeks after WSU President Kirk Schulz started at WSU, he asked for changes in the reporting structure. The Equal Opportunity Title IX investigation may have led to his request, but he said he was overall uncomfortable with the Compliance Department reporting to a faculty representative instead of him as athletic director.

“It’s not the norm in the industry,” he said, “and it would be extremely difficult to be able to reprimand correct things when I didn’t have the supervising ability for the whole compliance unit.”

The audit examined benefits related to football tickets for athletics staff, revealing employees took advantage of upgrading discounts to the premium club seating at Martin Stadium that have been in place since 2012.

The discounts weren’t offered to the public or to other university employees. The audit states this could be a violation of special privileges under state law, and the illegal discounts could cost the university about $130,000 in lost revenue for fiscal year 2017.

During the 2016 season, over half of the athletics staff who took advantage of the discount didn’t fully pay for their seats. This discount for staff is no longer available, according to the audit.

The audit also revealed that Marlow inflated home football game attendance for the 2016 Arizona game and the Apple Cup game against University of Washington that same year.

This comes amidst figures that show WSU Athletics accounts for roughly half of the drop in university reserves, pulling about $50 million from the university’s general savings since 2013. This has led to university wide spending cuts of 2.5 percent.

Moos said that the decision he made while athletics director, going into debt to finance expansions, were all approved by late WSU President, Elson S. Floyd and the Board of Regents.

“President Floyd and I knew we were going to go into debt and had a pro-forma drafted to show that we would be pulling out of it,” Moos said, “and that was all sanction by president Floyd and as I recall, the board of regents as well.”

According to an email statement from Associate Athletic Director Bill Stevens, WSU Athletics accepts the audit findings with the “upmost seriousness and sense of urgency.” He wrote that the department was committed to operating with integrity and have begun implementing changes to its policies and procedures.

Marlow did not immediately respond to phone calls requesting comment.

The Board of Regents will discuss the audit and the athletics deficit during the Finance and Compliance portion of its meeting on Thursday at the College of Nursing Building in Spokane.

This story is being updated as we continue to report on the findings of this audit.