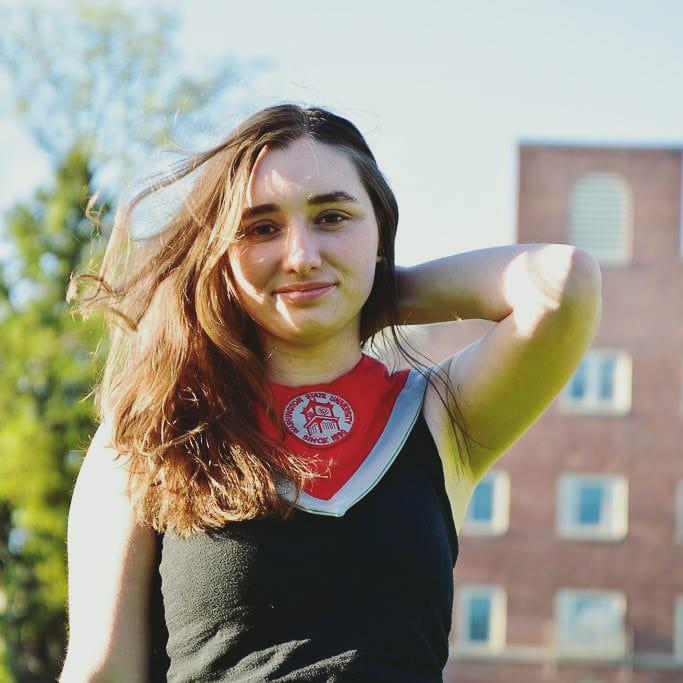 About 25 minutes after my job interview, and five minutes after finishing the paperwork to get on payroll, I was on my way to report my first story for The Daily Evergreen, “A billion reasons to celebrate,” about the university raising copious amounts of donor money. While the story felt inconsequential, dumb and PR-laden at the time, it was the introduction to my second home in college.

In the three years since then, I’ve been a reporter, a copy editor, managing editor, news editor and assistant news editor. Except for one semester when I interned across the state, I’ve spent most of my time throughout college in the Murrow East basement making newspapers.

Over that time, I’ve reported on discrimination and a settlement in WSU Athletics, hazing at a fraternity, the struggles undocumented students face and an alleged assault of a fraternity member by a WSU football player.

I’ve been a major force behind the Evergreen’s investigative reporting, its public record requesting and our staff editorials. The stories I’ve coordinated, written or edited in some cases, changed the way this university operated.

The practical skills I learned at the Evergreen and the advice I received from our adviser Jacob Jones and Murrow professors like Ben Shors and Beth Hindman helped me become the journalist I am today.

After graduating this weekend, I’m moving to Spokane for my dream job, working as a full-time reporter at The Spokesman-Review. That would never have happened if I hadn’t been surrounded by a group of people who worked as hard as I did and who were supportive of my journalistic endeavors.

While I love writing articles, editing and collaborating on stories, what I’ll really miss about the Evergreen is the community in the newsroom and the friendships I’ve developed over the years.

I now have the kind of unbreakable bond only a managing editor and editor-in-chief can have with Jennifer Ladwig, who now works at the Moscow-Pullman Daily. I have inside jokes with the entire Editorial Board about the true meaning of PR colloquialisms like “dynamic synergism” or headline ideas that “seemed like a good idea at the time.”

I love knowing I can walk into the newsroom and nine times out of 10, I’ll find someone I can nerd out with over design or what’s going on in national news. These experiences have made me want to remain an editor, even when my job felt impossible.

I’m also proud to be a part of the team that helped save our organization. The Evergreen’s budget issues was why I decided to stay in a leadership position this semester. I was going to take a step back, but after I realized how dire our budget situation was, I knew we would need a news section with strong leaders to prove to students that we were a source of information worth paying for.

This semester, while we had a few missteps, I really do feel we met the goals we made when we as a newsroom voted to change our tagline to “No PR. No BS. No Retreat. WSU Watchdogs since 1895.” We’ve held the university accountable for the decisions current and past leaders made and did our best to make sure both undergraduate and graduate student voices are represented in our pages.

While many of the leaders that have been key players in the Evergreen’s coverage this year are graduating or stepping down, the people coming after us have even more potential. I’m proud of the news section I’m handing over to the next generation of editors and I’m proud of the generation of students that made that possible.

What I’ll really miss about the Evergreen is the community in the newsroom and the friendships I’ve developed over the years.