Rogers, Parchem will focus on safety, outreach in first days 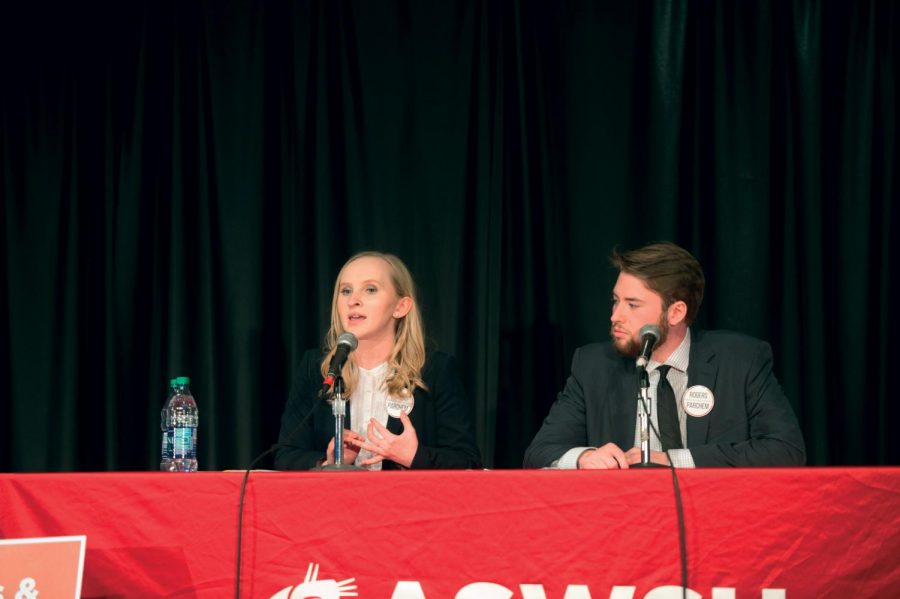 Rogers, Parchem will focus on safety, outreach in first days

Rogers and Parchem started their year in the highest offices of undergraduate student government after former President Jordan Frost and his VP Garrett Kalt graduated on Saturday.

But while most students may leave Pullman for the summer break, Rogers and Parchem must stay to begin their year-long term.

“This is home for us right now,” Rogers said.

The pair plan to continue reaching out to students in an attempt to gain feedback on issues facing students by using social media and tabling in the Compton Union Building.

“Summer is a great time for students to reflect on what their year was like,” Rogers said. “Continuing to reach out to students is something that is super important to Tyler and I.”

Hearing what students want addressed will play a key part in how they govern.

“Staying in touch with us as much as possible so that way we can let you know what we’re working on,” he said. “As well as, if there’s anything else that we may not be working on that you want us to work on, I think that’s the biggest thing.”

In addition to asking returning students for feedback, Rogers and Parchem also want to reach out to new students during the summer ALIVE orientation sessions as incoming freshman tour the campus they will soon call home.

“If you’re not safe, you can’t learn and you can’t live,” Rogers said. “That’s the two reasons that we’re here. You’re always first and foremost a student here at WSU.”

One way they plan to address this issue comes in the form of the Cougar Health Fund, an endowment started by Frost and Kalt aimed at providing sexual violence prevention and mental health resources to students, as a study done by the Center for Collegiate Mental Health in 2016 showed that 33.2 percent of students seeking help from counselors from over 130 institutions had considered suicide.

The pair have started discussions with officials from Health and Wellness Services, which Rogers said will soon be renamed Cougar Health Services, on how the money will be distributed to various groups. One idea currently being discussed is for the student-driven committee in charge of the funds to set up an application process similar to how student organizations request money from the ASWSU Senate’s Crimson and Gray Fund.

Throughout the first few days of her presidency, Rogers said Frost has helped make the transition go smoothly.

“Jordan’s been amazing throughout this entire time of helping me transition,” she said.