Two Pac-12 Champions from WSU will take part in event 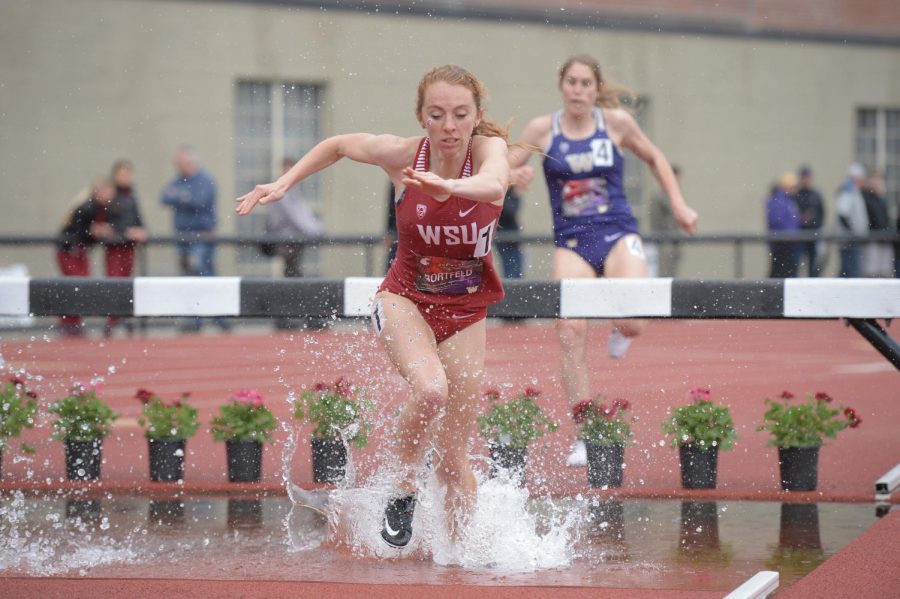 WSU will have six athletes competing in the NCAA Outdoor Track and Field Championships starting Wednesday at Hayward Field in Eugene, Oregon.

The six Cougar athletes competing in the championships qualified for the event by placing in the top-12 at the NCAA West Region Preliminary Rounds on May 24-26 in Sacramento, California.

Redshirt senior Alissa Brooks-Johnson will take part in the women’s heptathlon final which begins Friday. Brooks-Johnson qualified for the event after winning the Pac-12 heptathlon title May 6 with a lifetime best 5,977 points. She has claimed the conference title three times during her career at WSU.

Brooks-Johnson competed in the heptathlon at the NCAA Championships in 2015 and 2017, with her best finish coming last year when she took home sixth.

Junior Stephanie Cho will take the track in the women’s 400-meter hurdles semifinals 6 p.m. Thursday. She finished fifth at the Pac-12 Championships and 11th in the preliminary rounds to qualify for the NCAA Championships.

Rounding out the Cougar women who will compete at the championships is sophomore Kaili Keefe. She will take the track in the women’s 1500-meter semifinals at 4:16 p.m. Thursday.

Keefe set a new personal record time of 4:16.57 in the preliminaries to qualify for the championships.

Redshirt junior Brock Eager headlines the men that will take part in the championships for WSU. Eager will compete in the men’s hammer throw final at 2 p.m. Wednesday. He finished second at the Pac-12 Championships and third at prelims.

Eager competed at the NCAA Championships in 2017 and took home 14th in the hammer throw.

Freshman Sander Moldau, the Pac-12 champion in the men’s pole vault, will battle in pole vault final 5 p.m. Wednesday. He had a height of 5.15 meters at prelims to come in a tie for ninth place and qualify for the NCAA Championships.

The final Cougar taking part in the event is junior Chandler Teigen, who will step foot on the track at 4:46 p.m. Wednesday to race in the men’s 15oo meter semifinals. He finished fourth in the second heat of the men’s quarterfinals at prelims to advance to Eugene.

The NCAA Championships can be seen live on the ESPN Networks.