Change of plans: Reaney Park pool to open for summer 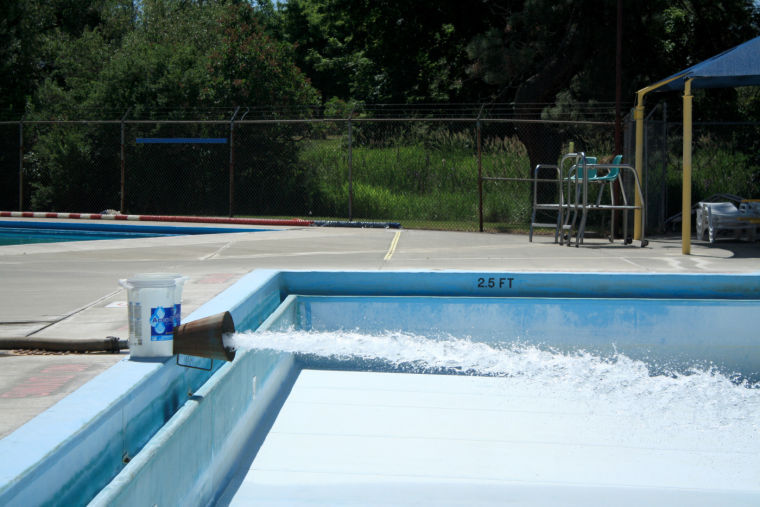 Water is pumped through an industrial hose into the pool in Reaney Park, June 10, 2014.

Due to a limited budget, the Pullman City Council rejected a contractor’s bid June 10 on a renovation project for the pool in Reaney Park, which was scheduled to be closed during the summer.

Renovations and additions to the pool have been put on hold until the city’s public works department can find a contractor who will work more closely within an allotted $777,194 budget.

A city-hired architect who analyzed the site of the project estimated the total cost to be about $825,000, Public Works Director Kevin Gardes said.

“The budget is already challenged,” Gardes said. “We think if we re-bid it later in the year, we may be able to do it next year.”

Planned improvements to the pool include a splash pad for children as well as changes to the dive tank and restroom facility. Additionally, the city planned to relocate the shade structure near the pool. The project also encompasses a 15-lot parking lot on the west side of the pool complex.

“There was quite a few moving parts with this,” Gardes said. “This project had every permit this city might have on a project.”

City Councilman Francis Benjamin was one of many who expressed disappointment that no contractor met the constraints of the budget.

“This is really a black eye to us with all the work we did with the citizens,” Benjamin said.

The city is considering other ways to open bids for the project.

“What we’re going to do is look at options and look at bids to be taken for a repackaged option,” Dickinson said. “We might, rather than it be one single project, make it so (contractors) can take segments from it, and hopefully we can get better bids.”

The public works department is considering other times of year to begin the construction.

“We might try to parse out the project into different times,” Gardes said. “The summer is prime in terms of price goes, but we’re going to look at other options for next year.”

A public hearing will take place July 1 to discuss the adoption of two six-year plans for capital and transportation improvement.

The pool is tentatively scheduled to reopen June 25.