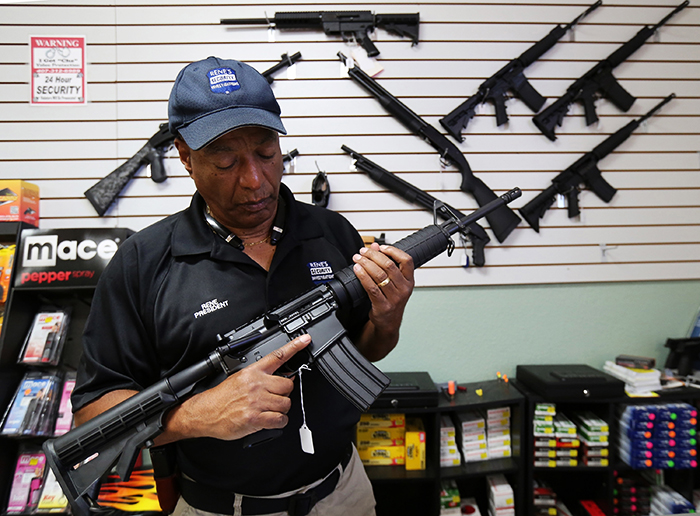 Gun safety is a hot-button issue for the upcoming primaries, but politicians could be unsuccessful in enacting any valuable change.

With local elections just a stone’s throw away, candidate and former state Sen. Lisa Brown has made a huge splash as the only Democrat to run for the 5th Congressional District seat against incumbent Republican Cathy McMorris Rodgers and others for the primary.

Brown highlighted sentiments concerning gun control that have been previously echoed by Democrats nationwide in a statement given on gun violence and school safety as among the several top issues she intends to spearhead.

“[It] is the responsibility of congressional leaders to invest in evidence-based solutions to reduce fatalities and injuries from gun violence” she said in the statement. “I believe we don’t have to choose between the Second Amendment and children’s lives. We can enact policies that prevent and reduce gun violence, while not violating constitutional rights to own and use firearms legally and responsibly.”

Brown’s pledge is to, “immediately sponsor legislation and vote for effective solutions backed by evidence and by public support, such as banning bump stocks, closing loopholes in the background check system and enhancing mental health treatment.”

Although Rodgers has weighed similar solutions, such as considerations to bans on bump stocks, she has also vocalized apprehension for tackling a major issue such as gun violence on mere assumptions of positive outcomes.

“I believe that there are other issues that need to be looked at that is much bigger than a simple law that we could pass that may or may not make a difference,” she said during a Powerhouse Politics podcast.

The banning of bump stocks was a relatively quick and popular idea following the Las Vegas shooting last year.

I remember watching the news in horror as a crazed lunatic modified his legally purchased weapons to inflict the maximum amount of harm to a crowd of unarmed country festival attendees.

The display of utter disregard for human life was astonishing, heart-wrenching and sick.

But I think the effectiveness of such bans that Brown has advocated for would not pass congressional muster.

Given the bump stock’s capacity for replication as well as other innovations, such as the AutoGlove, manufactured to turn a semi-automatic gun into something similar to a fully automatic weapon functioning with suitable replacements, a bump stock ban would simply make no feasible legislative impact.

Legislative solutions to gun violence in schools should logically begin by decreasing the likelihood that children will ever come into contact with guns.

In a survey, Johns Hopkins Bloomberg School of Public Health “found that 54 percent of gun owners reported not storing all their guns safely.”

“A survey published in Pediatrics in February that found only 35 percent of gun-owning parents whose children displayed risk factors for self-harm, such as depression, stored all guns locked and unloaded,” the Washington Post reported.

Crafting legislation to require safe means of storage when purchasing a firearm seems to be the most proactive way to reduce children’s exposure to guns.

Creating laws to improve the fluidity of information shared between the state and the federal government would be, above all, a great step toward closing real loopholes in the background check system.

State agencies carry the task of disseminating mental health information, acquired from courts and mental health facilities, to institutions that conduct background checks but this does not always occur.

If Brown and other gun control proponents were truly serious about concerns and solutions to gun violence and school safety, they would consider these other viable alternatives instead of advocating for more of the same dead-end policies.