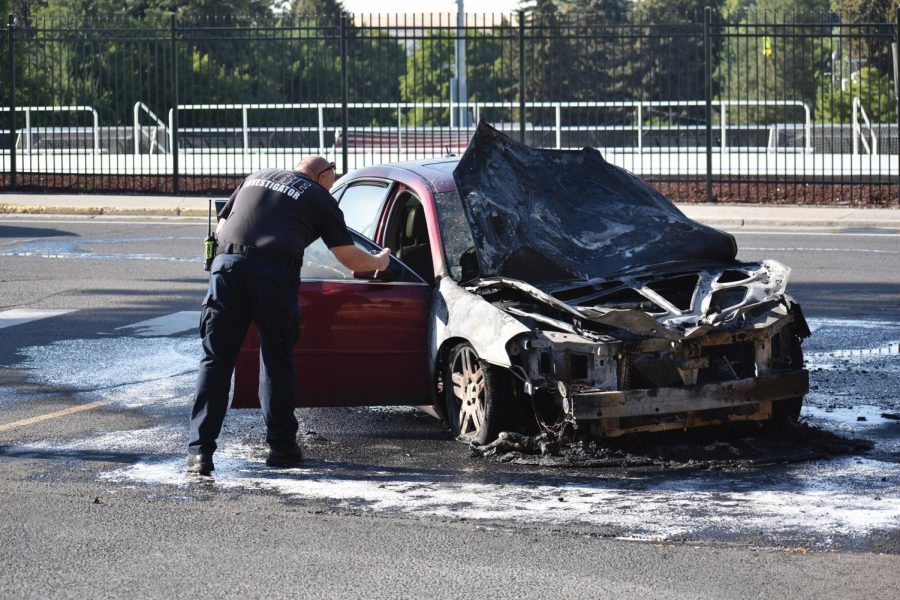 The car caught fire at about 5:21 p.m., Pullman Deputy Fire Marshal Tony Nuttman said. In addition to the driver, there was at least one passenger in the Impala when the flames began but no one suffered injuries from the incident.

The car came to rest while turning on to the library parking garage road off of Cougar Way. The fire started in the engine compartment, but Nuttman said the exact cause could not be determined.

“Vehicle fires are very difficult to investigate when it’s in the engine compartment,” he said.

The totaled Impala was the only car involved. The operator of the vehicle, who wished to remain anonymous, said he was just driving to work when the flames began and the steering wheel locked.

The passenger, who also wished to remain anonymous, said there was no signs pointing to why the fire under the hood started.

The driver said they were happy they had not entered the garage before the flames began as other cars parked near them could have been engulfed had it started a few minutes later.