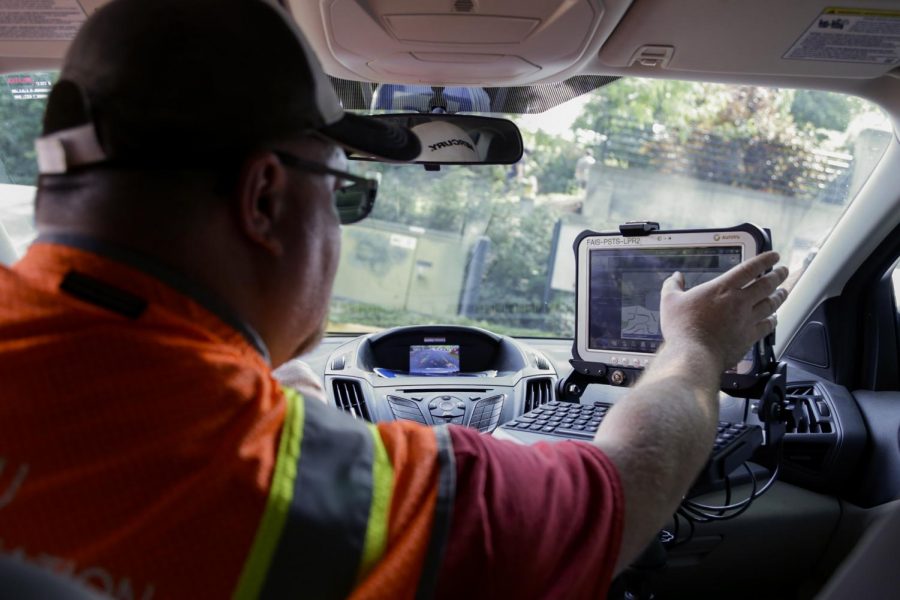 WSU Transportation Service’s license plate recognition technology will be implemented at the beginning of the 2019-20 school year.

However, it is unclear how much of the information collected by the department will be subject to public records requests due to the fact such a request has never been made at WSU.

“Without having an actual request submitted, we aren’t sure what kind of information we would get and what kind of protections there would be,” a member of the WSU Public Records Office said.

Students would be protected by the Family Educational Rights and Privacy Act, or FERPA. If their name was attached to a plate number, it would be redacted, the employee said.

In addition to FERPA, Washington’s public records law lists “any record pertaining to a vehicle license plate … that alone or in combination with any other records, may reveal the identity of an individual” as an exemption.

Chris Boyan, associate director of Transportation Services, said the information gathered by the department includes photos of license plates that are converted to text of the numbers and letters listed by which lot they were in.

Boyan also said the system keeps the information for 90 days if no infraction was incurred, after which the system automatically deletes it. If a person has parked illegally, the system preserves the image for legal reasons.

While the system is programmed to delete them automatically, Boyan said a systems and processes department performs a follow-up to ensure the files have been deleted.

The technology, also called “pay-by-plate,” eliminates the need for a physical permit as customers instead enter their license plate numbers, which a car with cameras attached to it picks up as it drives around parking lots and compares to databases, Boyan said.

“It allows the license plate to become the parking permit,” he said.

While the system may run into issues with plates obscured by snow, bike racks or other obstacles, the department does not need a perfect system for it to be considered successful.

“If we get close to a 90 percent hit, then that’s doing pretty good,” Boyan said.

Employees will still be able to log plates by hand, he said.

Jeremie Orcutt, a parking guide lead with Transportation Services, said they will still use employees to follow up on foot to ensure each ticket is earned.

“We’re still going to use the process of manually verifying each ticket,” Orcutt said. “This supplements what we were doing in the past.”

He also said the system helps workers go through parking lots more quickly and also improves the enforcement of drop-off zones, as it can track how long a car has been in such a zone and if it has moved.

Boyan said the department would like to implement the system sooner as it increases efficiency, but working out any issues takes precedent over switching to the new technology early.

Certain permits, such as service and disability passes, will still need to be handled using a physical copy, he said. Plates for different vehicles can be managed online, and while multiple cars can be listed to an account, only one can be in a lot at a given time.

The technology is currently being tested at the Student Recreation Center parking lot.