Letter from the editor: A journey born from a rival

Current editor was motivated by passion for sports, newfound fascination with journalism 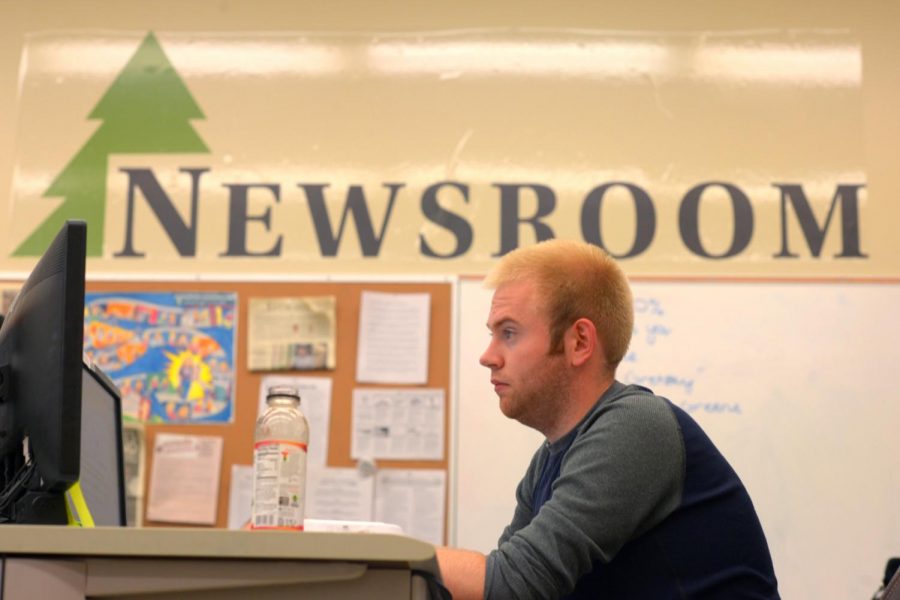 After over three months of grinding through the summer with a limited staff as Editor-in-Chief, I’m ready to put out a paper five days a week while being a full-time college student.

But my journey to this position didn’t seem possible nearly three years ago when I had zero interest in going into journalism.

It was the start of my senior year of high school and everyone around me was talking about their future plans, and I had no idea what I wanted to do.

I had a few colleges in mind, but I was more focused on trying to get the best grades I could instead of gaining experience outside the classroom. I split time between Everett Community College and my high school in Stanwood, Washington, taking two classes at each.

I was earning college credit at EVCC, but none of the courses were interesting to me and the high school classes were too simple, failing to go beyond what was in the textbook.

It wasn’t until I toured the University of Washington campus in Seattle that I realized what I wanted to do.

My entire family were UW fans and it seemed fitting that I would be the first one to attend the university they all cheered for on Saturdays. I went in thinking that UW was my future home, but after seeing the campus and what it had to offer, I went in a completely different direction.

I decided to follow a passion I had my entire life: sports. I started watching sports before I learned how to walk, and I always dreamed of writing about sports, but I never considered it as a career.

Once I realized what I wanted to do, I began looking for the best universities in the country for aspiring sports journalists.

When I found out about the Edward R. Murrow College of Communication, I was caught off guard because my whole life I had been told that WSU was a place to party, not learn. Plus, even mentioning the Cougars in my house was forbidden.

But it was the best option, so I went for it, and my family supported my decision despite their hatred for WSU.

I spent my freshman year at WSU tucked away in a single dorm in Stimson Hall and failed to get any real journalism experience.

During the summer of my freshman year, I took an internship with my local newspaper, the Stanwood-Camano News. This was my first hands-on interaction with journalism and I couldn’t get enough of it.

I spent that entire summer grasping for any story I could find and write for the paper. I brought that passion back with me when I returned to WSU for my sophomore year and decided to apply to work at the Evergreen.

I was immediately thrown on the football beat based on my brief journalism experience. I eventually worked my way up to Assistant Sports Editor midway through that semester, and this past spring I was the Sports Editor.

I was pushed by everyone else in the newsroom to take on this job halfway through last semester, and to be honest, I hadn’t even thought about it. But the support of my fellow editors and Madison Jackson, the former EIC, gave me confidence and convinced me to take on this challenge.

As EIC, I hope to continue covering the issues affecting students and the Pullman community. I want to continue to hold administration accountable and uncover the stories that are hidden and tucked under the rug.

This past semester we faced the threat of having daily production cut, but thanks to the students we were able to keep the Evergreen daily, and I plan on making sure that this newsroom doesn’t become complacent just because we got some funding.

We have a responsibility to the community and this campus to continue telling the truth and putting out a daily paper that educates students.

My journey as EIC is just beginning, but I plan on this semester being one to remember.