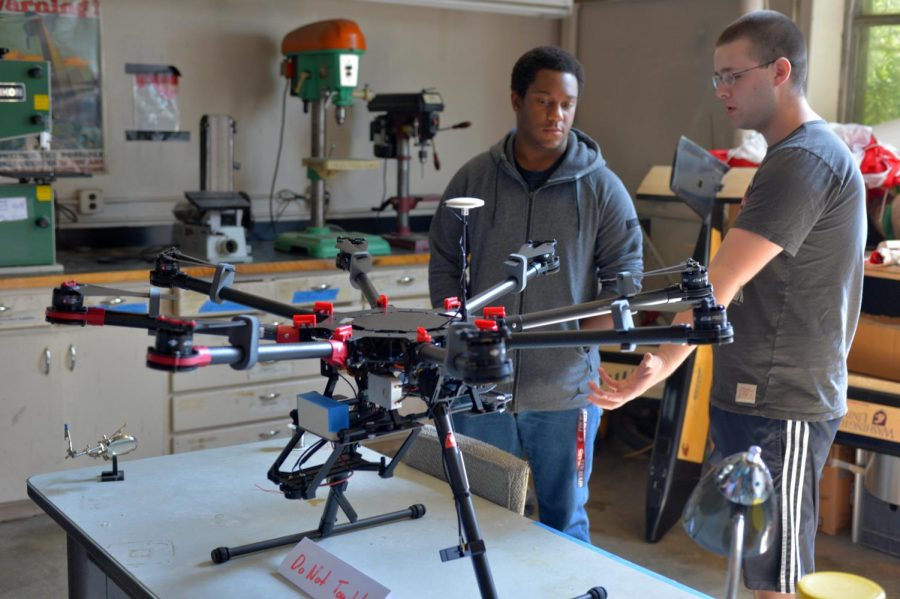 Two seniors from the WSU Aerospace Club are working to design a hydrogen powered drone. Their goal is to break the current flight record.

Casey Adam Doan, a senior computer engineering student, is the president of the WSU Aerospace Club. Along with fellow mechanical engineering student Phil Whitworth, the pair is attempting to create a drone that will extended current flight duration approximately three to five times.

The current flight record, four hours and 40 minutes, was set by the company Quaternium on Christmas Eve in 2017. The flight was done in Valencia, Spain, and was captured on video with a running clock for evidence.

Doan said the drone that made the record flight used a smaller fuel tank, fuel cell and drone frame. The WSU drone will have a larger fuel tank that allows it to stay in the air longer, he said, but it will pose challenges due to its weight and size.

“There are always tradeoffs in engineering applications,” Doan said.

WSU’s Hydrogen Properties for Energy Research (HYPER) lab was originally awarded $10,000 for the project through an Amazon Catalyst Award.

Amazon awards money to both WSU and UW for new innovations that can solve real-world problems. Projects that have received funding include low-cost and environmentally-friendly material for road maintenance and technology to protect bees from pesticides.

The HYPER lab had the hydrogen fuel cell and asked the WSU Aerospace Club to design the drone itself and integrate the fuel cell, Doan said.

The EECS team will be designing the power electronics and controls that will integrate a proton exchange membrane fuel cell into drone configuration, Doan said.

They will base the performance of the drone off overall system weight, cost, durability and efficiency, according to the Aerospace Club website.

Doan and Whitworth encourage those interested in aerospace to attend the first club meeting Monday in DANA 15, even if they are not science majors.

Editor’s note: this article was revised on August 29, 2018 at 11:19 a.m. to reflect that although the hydrogen drone is funded by an Amazon Catalyst Award, the company itself is not involved in the project.