Weaver had a strong showing in first three games for No. 22 WSU 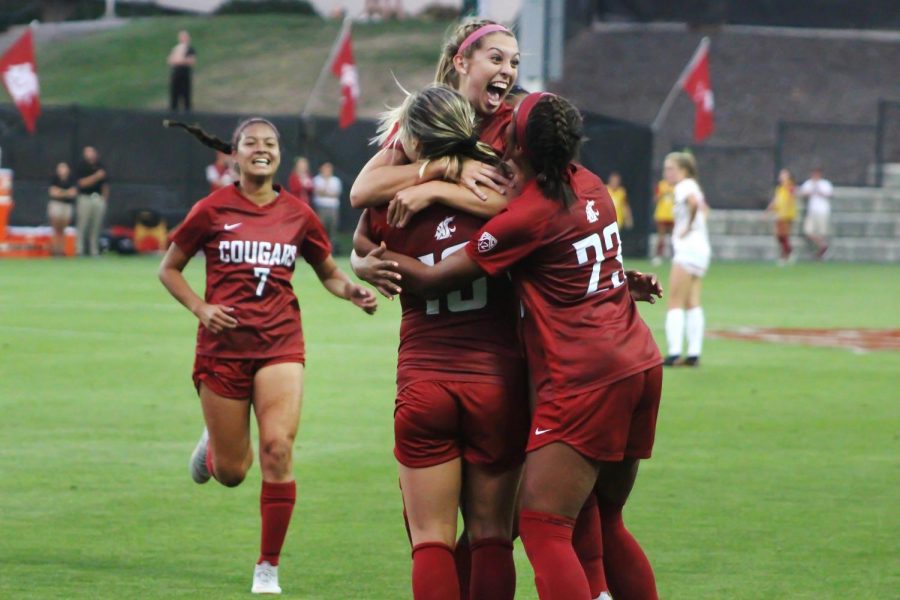 Junior forward Morgan Weaver is the Evergreen’s Athlete of the Week for Aug. 19-25. Weaver is an integral member of the No. 22-ranked WSU women’s soccer team.

Weaver takes home the honors by playing a big part in all of the Cougars’ first three matches. She looks to be a big key to the team’s success moving forward with the offensive talent she has shown in the first week.

In the opening match against Seattle University in which the Cougs beat the Redhawks 3-1, Weaver played a part in all three goals, scoring on the first and third goals of the night and assisting on the second.

Weaver’s second goal of the match was from 20 yards out and seemed to have shocked both the goalkeeper and Weaver.

“I caught myself off guard, to be honest,” Weaver said. “It ended up going in.”

In the match against Grand Canyon University, Weaver was held scoreless. However, it wasn’t for a lack of trying as she still fired off seven shots for the Cougars.

In the third and final match of the week for WSU, Weaver again pushed the Cougars onto the score board as she passed off the ball to sophomore forward Makamae Gomera-Stevens for a goal.

Head Coach Todd Shulenberger said Weaver has put her time in, and being a junior now, the team is pretty used to seeing her do great things.

“We expect some good things out of her,” Shulenberger said. “The sky is the limit for Morgan and what she is going to do this year.”