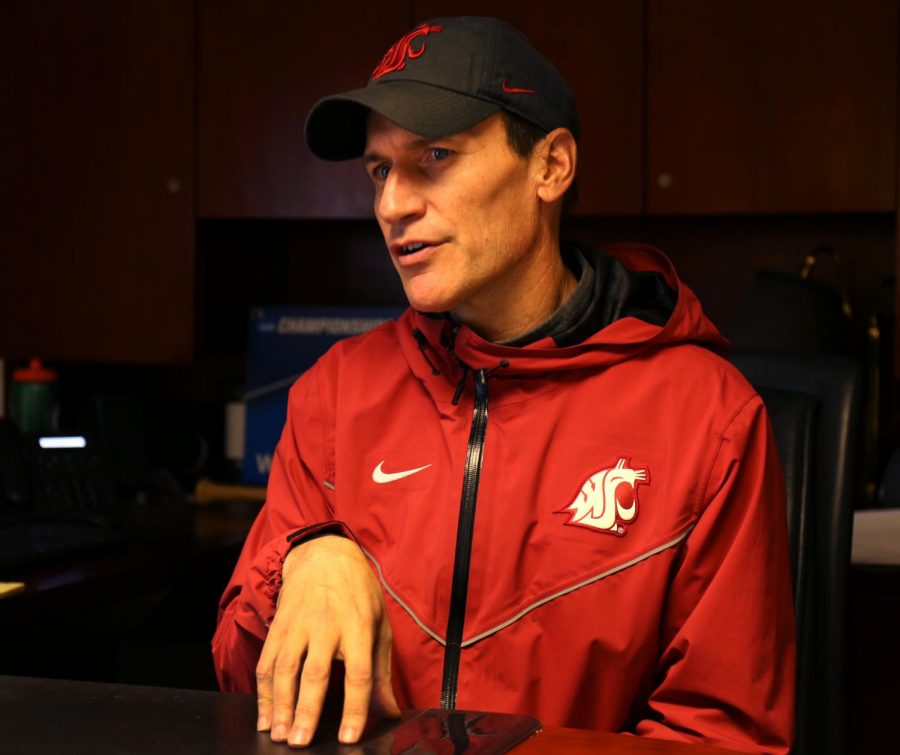 Wayne Phipps, director of WSU cross country/track & field, talks in his office Jan. 8, 2018. This Friday a mix of current athletes and alumni will meet in Colfax for an event open to anyone.

With the cross country season starting up in over two weeks, the WSU Alumni Open in Colfax is just around the corner is. On Friday, cross country alumni will be invited back for the event along with a mixture of current athletes, students, faculty and staff.

The event is an open race just for fun, Wayne Phipps, director of cross country/track & field, said. It’s a good opportunity to get running shoes on and sprint down the track. Anyone is welcome to join, and expect to see some athletes from other universities who might be getting in racing gear too.

Phipps said both the men’s and women’s rosters are maturing athletes who work year-round to keep in shape and maintain the Coug pride.

“Obviously they aren’t doing it for the fanfare and the bright lights of football or basketball,” Phipps said. “When you come out, you watch some of the most outstanding athletes on campus and the most outstanding athletes in the nation who work extremely hard to get to where they’re at. When you come you will see they’ve put in hundreds of hours in preparation for this event.”

This open run will also be a great opportunity for the cross country athletes of WSU. Because their season kicks off at the Cougar Classic on Sept. 4, this will be a chance for the team to see how they perform under pressure with other athletes around.

Cross country started training for the 2018 season in Idaho shortly before school started.

It should make out to be a fun event with a lot of athletic participants, and Phipps said he would be glad if fans came to see his fifth season as coach kick off from the starting line.