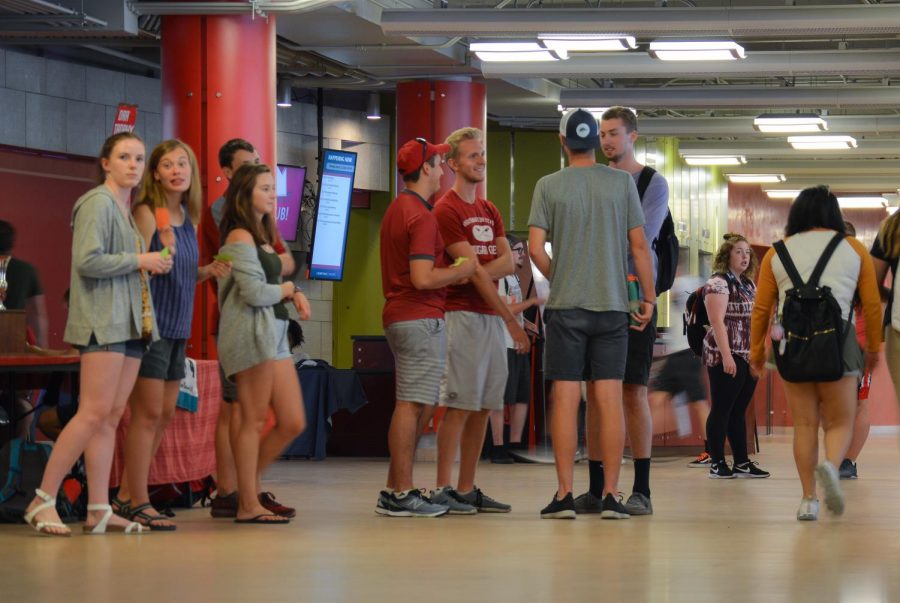 This year’s freshman class has exceeded 2015’s numbers by almost 100 students and is expected to keep growing.

The demographics of WSU’s incoming freshman class and increases in Greek life were due in part to the number of students coming to the university this year.

WSU is expecting the freshman class to well exceed 4,300 students. The campus hasn’t seen numbers like this since 2015, when the incoming freshman class size was 4,220.

Of these students, there are 187 Washington Regents Scholars, which means they were the first or second-ranked in their class.

“[The class of 2022] is probably one of the most academically-prepared freshman classes,” Phil Weiler, vice president for marketing and communications, said.

He said the class is also the most ethnically-diverse WSU has had so far.

Greek life may also be expanding on campus. In 2018, there were 619 men, including 500 freshmen, who went through recruitment, said Richard Arquette, assistant director at the Center for Fraternity and Sorority Life.

Last year, there were roughly 450 male students who came for the first day of recruitment.

There were also 1,136 women who went through primary recruitment this year, compared to 1,011 women last year.

About 83 percent of the incoming women were adopted into houses this year. The remaining percent either chose to drop out of the sorority or didn’t meet the GPA standard the houses set.

Arquette credits this large number to the sense of community the Interfraternity Council promotes.

He also pointed to the improved health and safety measures the IFC is implementing through a new pilot program.

WSU administration isn’t sure why student enrollment numbers are at an all-time high.