Volleyball upsets No. 17 Panthers in first of two games 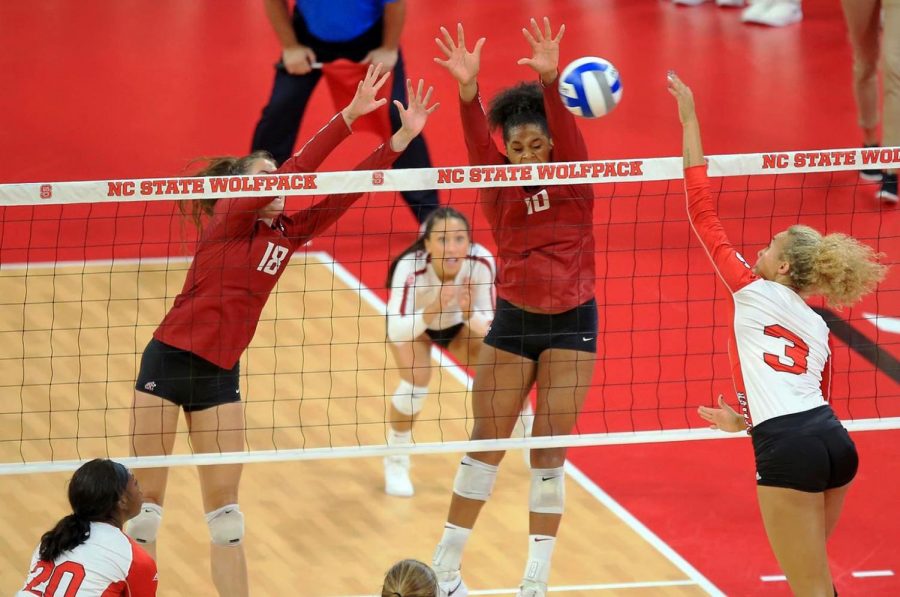 WSU volleyball took down No. 17 University of Northern Iowa on Friday in four sets at the McLeod Center in Cedar Falls, Iowa.

Needing just two points to win the first set, WSU gave up five straight points to the Panthers (2-3), cutting its lead down to two points. After a big rally win and a kill by senior outside hitter Taylor Mims, the Cougs won the set 25-23.

The second set started out similarly as WSU got out to an early 4-0 lead. However, this lead would not hold, and the second set became a back and forth battle.

Northern Iowa took the lead and made a strong push late to take the second set from WSU by a final score of 25-19. The big difference was that Cougars came up with just two blocks in the second set.

Senior middle blocker Claire Martin started off the third set with seven blocks herself. This was not enough to contain the Panthers though as they forced Head Coach Jen Greeny to call a timeout down 13-10.

Coming out of the timeout, the Cougars used an 8-0 run to their advantage and took the third set by a score of 25-21.

The Cougars used a hot start in the fourth set to get out to a 12-6 lead which helped WSU handle a 5-0 run by the Panthers.

Feeling that the victory was near, the Cougs ended any hope Northern Iowa had winning the final set 25-19. 17 total blocks helped WSU win the match, its third straight road victory to start the season.

WSU will look to ride the momentum of this victory into the second match against Northern Iowa 9:30 a.m. Saturday at the McLeod Center.