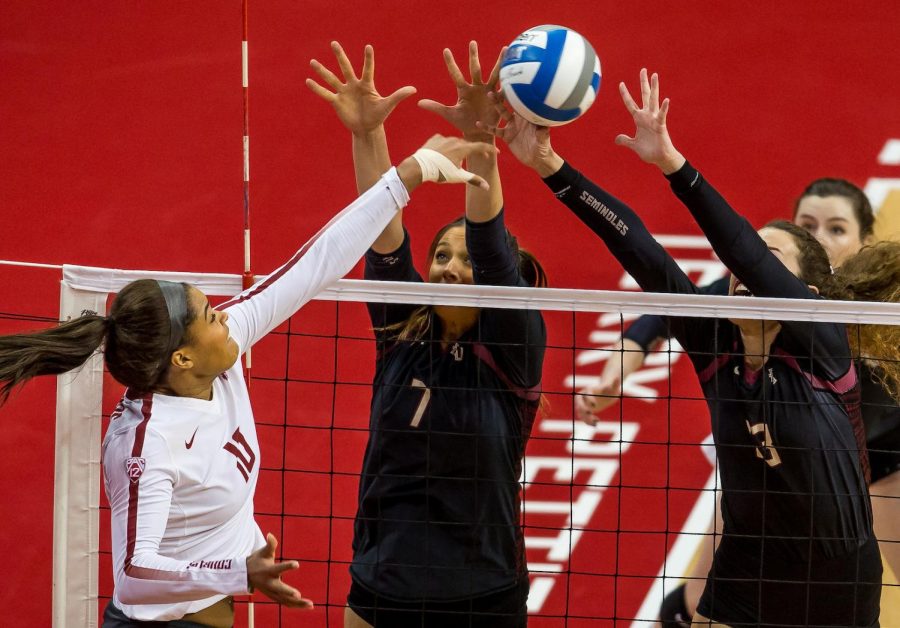 The Cougars swept No. 17 University of Northern Iowa this weekend in a two-game series on the road to bring their record on the season to a perfect 4-0.

The Cougars started the weekend by taking the first match Friday afternoon when they toppled the Panthers (2-4) in four sets.

The first set Saturday morning didn’t start as the Cougars wanted it to as they weren’t passing great early. They got down 5-0 but called a timeout and fought back. A 10-5 run flipped the set in WSU’s favor and they won the set 25-23.

Set two was the exact opposite as the first as WSU got off to an early lead. Up three points late, the Cougars allowed the Panthers to go on a late run themselves.

Winning the second set 25-23, UNI evened the match at 1-1. Senior outside-hitter Taylor Mims had been quiet in the first two sets but got five kills in the first 11 points for WSU in the third set.

Down 22-18 late, the Cougars needed to go on a run to avoid being down 2-1 for the first time all year. WSU was able to close the set outscoring the Panthers 7-1 to take the third set 25-23.

Up two sets to one, the Cougs played from behind for most of the fourth set. Getting its first lead at 20-19, WSU battled UNI finishing out the set.

WSU took the fourth set 25-23 to win the match 3-1. Saturday proved to be a difficult test for WSU as they were often behind and forced to rally late.

Mims tied her career high with 26 kills. The Cougars will look to stay perfect as they head home to host the Cougar Challenge starting noon Friday against McNeese State University at Bohler Gym.