Lack of ability to write does not equate to procrastination, affects instructors too 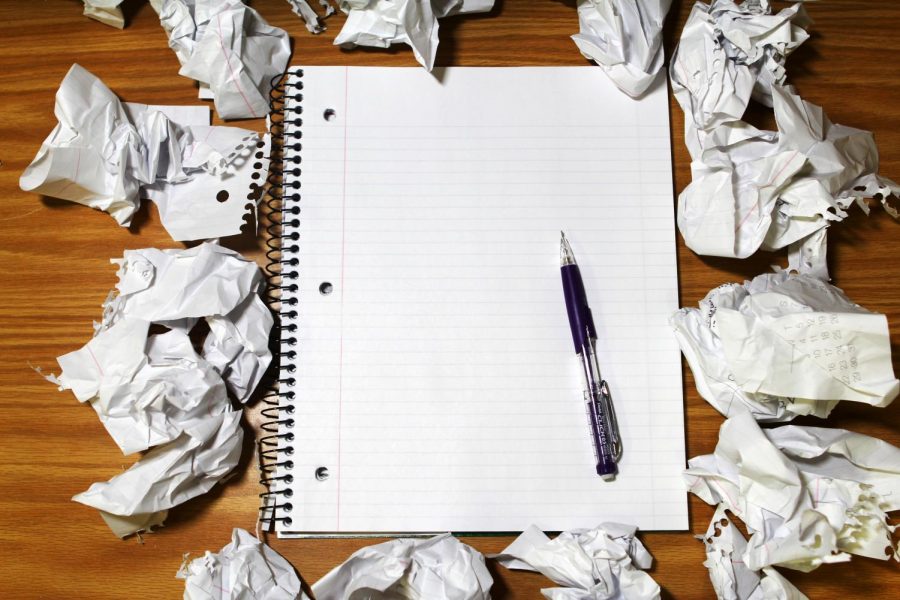 Sit down at your desk, grab your laptop or notebook, and whip out your favorite pen.

Suddenly, your phone dings and your mom tagged you in another Facebook post — you might as well give it a like, because it’s a video of your dog chasing his tail. Three hours later, you’re watching Alex Jones conspiracy theory videos, your homework is somehow underneath your roommate’s desk and you’re eating your third bag of popcorn.

Some argue that writer’s block is a real disease, and they plead for others to donate money to help doctors find an end to this silent killer. Anything helps.

If you contracted this illness from classmates or just picked it up, don’t worry. Everyone has experienced writer’s block at least once, so you’re not alone. From professors to students, this virus attacks those who least expect it.

According to Mike Edwards, an English professor at WSU, part of writer’s block comes from the lack of knowing who the audience is, and it also comes from the stress of high-stakes writing. This obstacle is serious when you have it, but it is only temporary, Edwards said.

One of the best ways to overcome writer’s block is to write about a topic that’s more challenging rather than a something you already know a lot about, according to Edwards.

“It’s hard to write about something you’re not asking questions about,” he said. “Practice writing like you would anything, [because] it’s muscle memory.”

Students get hit with lack of inspiration all of the time, but what about professors and instructors?

Sometimes, professors can make you feel like your creative slowdown isn’t real or it’s just an excuse for procrastinating. Believe it or not, they struggle just as much when writing their academic papers and whatnot.

“It’s not a conscious choice like procrastination is. Writer’s block is outside of your control,” Jennifer Lodine-Chaffey, an English professor at WSU Tri-Cities, said. “It gets to a lot of people, whether they admit it or not.”

One of the best ways to ease writer’s block is to change where you’re writing, according to Lodine-Chaffey. Many other schools have a writing center, which is a place for students to go and receive help or feedback on essays, like the WSU Writing Center.

Lodine-Chaffey has one major tool to overcome the loss of ability of writing, and that is to remove all of the distractions around you, including your phone and the internet.

So here we are at the beginning: sit down at your desk, grab your laptop or notebook and whip out your favorite pen.

Suddenly, you realize how many distractions are on your desk, so you leave and manage to find an empty room. Your phone dings, but you left it on your bed so you don’t hear it. Therefore, in no time you find yourself with a well-written essay.

Congratulations! You finally did it, and you have overcome writer’s block and got the A you deserved. Now that your essay is finished, you can finally binge watch Alex Jones videos or maybe even some “Kitchen Nightmares” with good ol’ Gordon Ramsay.

Nothing is more satisfying than having a perfectly-crafted essay and three bags of popcorn to celebrate. Now go work hard, and you can play hard afterwards.