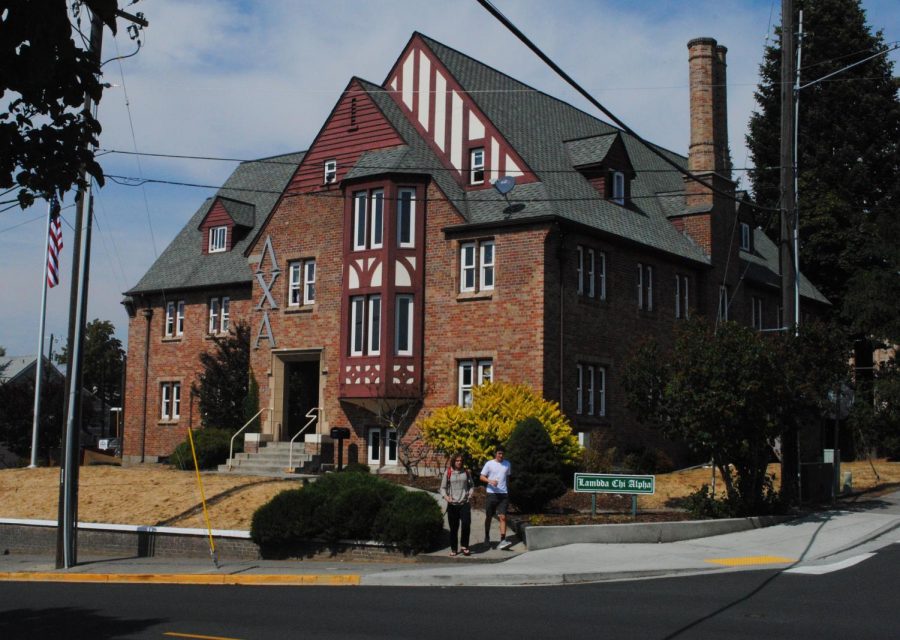 Through inclusive recruiting techniques the Greek community can help transgender people find a home at WSU that respects them for who they are.

Over 1 million people with gender identities differing from their birth sex were estimated to be in the U.S. in 2016 and the expectation is that number will continue to grow in coming years.

It’s a large sum, but how many people have you met representing it? Of those, how many have you gotten to know personally?

The gender movement has swept across the nation at an astonishing pace. The discussions it has inspired have spread everywhere from dinner tables to debate chambers with thousands of empowered and critical voices in an uproar.

After all the talk, progress has slowly moved toward improving the treatment of transgender individuals.

This is thanks in large part to the attention provided by the media which furthered the movement’s momentum. With this exposure, the media has showcased the breadth of issues transgender people face and connected people to their cause by reporting on how common isolation and under-representation is for this community.

By showing them as a minority, rather than an absurdity, it is easier to see them as a people in plight rather than a flash in the pan. But that’s where the progression ends.

The transgender people become just another letter in the LGBTQ community — a place within society, but only ever in the periphery, residing in their secluded recognition.

But that can be changed.

With such a diverse population at WSU, it is impossible to stay here without having close interactions with people of all backgrounds. The most intimate of these come in the space shared with your room and hall mates.

Having the same private space, you learn things about each other no one else would. People become individuals and friends, not just faces in the crowd.

Greek life creates strong kinships among a large group. There is a bond made between every member, persisting in life through the alumni system. By forming their own families, they are the ideal group to introduce transgender people to as societal equals.

“Every year we basically get this giant recruiting class and it’s our job to pick what we deem as the best of that class,” said Alex Wilsey, WSU Lambda Chi Alpha chapter president. “So we’re not worried about whether someone is straight or gay, we’re just looking for good people.” This is a strong, open-minded policy. Yet Wilsey goes on to state that under their selection process the candidate “… more than likely, [is] going to have to be a male.”

The issue is not that brotherhood and sisterhood are in separate houses. The issue is evaluating pledges by gender-based characteristics they haven’t had the community or background to acquire.

If we are to welcome transgendered people into our culture, we should seek to encourage their participation in Greek life.

To achieve this, two things must be done.

First, the criteria on which a candidate achieves membership to a Greek house should be amended. Currently, a person must prove they represent the values of the house they are pledging to as well as the gender. People have to be an exemplary model of the masculine or feminine features typically associated with either a fraternity or sorority.

Instead, any person with good values, regardless of gender, should be allowed past the initial selection and any following tests should be conducted in the same manner as for any other. There should be no special treatment for anyone.

Second, it must become evident that Greek is recruiting by this standard.

People can easily feel detached from this system when they don’t fit cleanly into a sorority or fraternity. It’s easy to think they’ll be rejected on arrival.

But this social apprehension is swiftly solved by Greek system broadcasting its acceptance. From here, the idea of transgender becomes far less foreign. Stereotypes fall away fast when kept to such close quarters and when details are more pronounced than at a distance.

People grow to understand one another, if only by proximity. Greek represents considerate and compassionate individuals seeking to learn from one another and create a helpful community. They hold their code and policies above all else.

Among such principles are ones of acceptance, equality and honor. These are high standards, easily set and hard to achieve.

The members of Greek must be activists in their conduct, not just advocates, lest they fail the simplest standards of their system.