Sutherland cited for driving with a suspended license

Candidate claimed he had overdue traffic ticket in Spokane 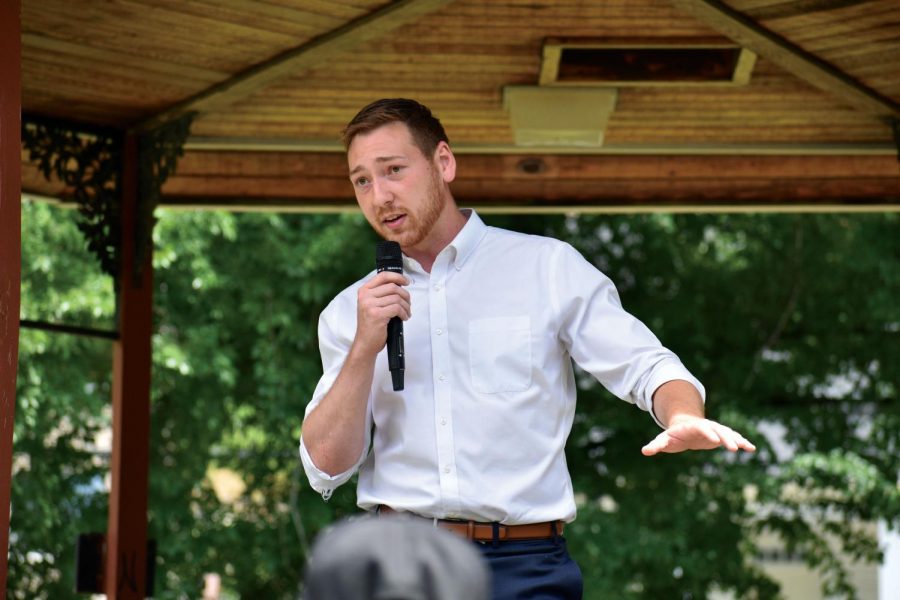 Matthew Sutherland, the Democratic candidate for Washington's 9th Legislative District, received a citation for driving with a suspended license and failure to transfer a vehicle title within 45 days during a traffic stop Sunday on Stadium Way.

Matthew Sutherland, the Democratic candidate running for a seat in Washington’s 9th Legislative District, received a citation for driving with a suspended license and failure to transfer a vehicle title within 45 days during a traffic stop on Stadium Way on Sunday afternoon.

An officer recognized Sutherland in his car and ran his name through their system as the department has been trying to contact him in regards to a subpoena issued for him to appear as a witness in an upcoming criminal case, Pullman Police Cmdr. Chris Tennant said.

“The reason he’s was recognized is because we’ve been trying to locate him to serve a subpoena on an upcoming criminal case that he is a witness in,” Tennant said. “He’s just a witness being subpoenaed in a court, that’s a pretty routine thing.”

Josh Maasberg, Sutherland’s campaign manager, issued a statement in response to the incident.

“An address mix-up started all this. Matt made a reasonable mistake and has taken full responsibility,” the statement said. “This paperwork error admittedly flew under the radar due to the everyday chaos of running a campaign, but he fully expects everything to be resolved by the end of the week.”

Maasberg also said Sutherland’s involvement in the criminal case came as a result of breaking up a fight.

“When he saw a citizen being viciously assaulted, he stepped in to break up the altercation,” Maasberg said in part of a separate statement. “He’s been subpoenaed as a witness to ensure the suspect is brought to justice and he intends to fully participate in that judicial process.”

Sutherland told the officer his license was suspended due to a late traffic ticket he received in Spokane, Tennant said.

In addition to the third degree driving with license suspended citation, the officer also noticed Sutherland had failed to transfer the title of the car into his name within of 45 days of the previous owner filing a bill of sale with the county, Tennant said.

“Both are administrative type violations,” Tennant said. “He was cited and released which is considered an arrest.”

Both of the citations are misdemeanors and Maasberg said Sutherland is in contact with the Washington State Department of Licensing and Pullman PD to rectify the citations. He also said he wanted to make it clear Sutherland was never detained during the stop.