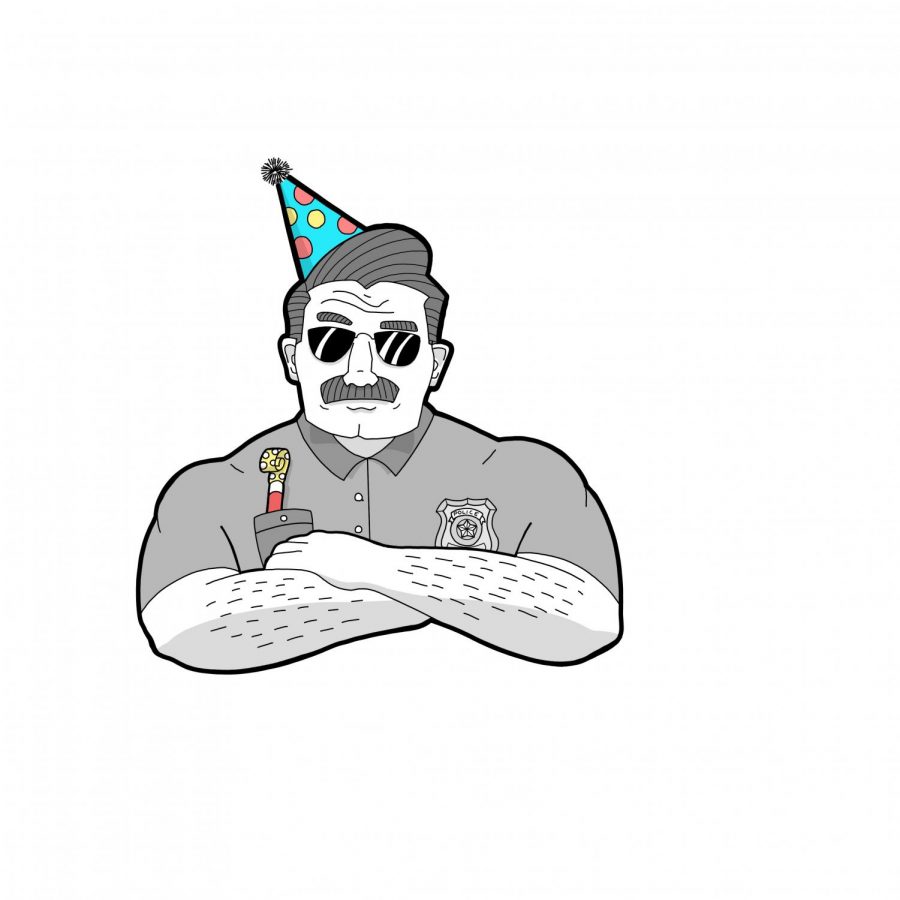 With parties constantly getting broken up by the police, college students tend to be wary of anything with two legs and wearing a badge.

Partygoers quickly learn the best place to throw a beer away, such as a bush, out a window or in the urn of the host’s grandmother. However, has anyone ever asked the police officers why they crash so many parties?

The Daily Evergreen decided to do some much-needed investigating. With some poking around and donut traps, Danny Slimjim, a WSU campus police officer, decided to reveal the sad truth.

“Our police department is tasked with the impossible job of making sure college students don’t break the law,” he said. “With so many parties around, what’s a better way to unwind than by partying hard, Coug-style?”

“I just don’t understand why everyone rushes out when we arrive,” he said, brushing away a small tear because he and his partner just want to have a good time too.

When asked why the police officers didn’t just have their own party, Slimjim was quick to respond.

“If I wanted to throw a lame party I would,” he said.

The ambience would be ruined by the sound of a college student apocalypse happening outside, complete with drunk people crashing into trees and singing awful renditions of Britney Spears’ song “Toxic,” Slimjim said.

He also noted that with only 29 officers currently in the department the party would be as boring as listening to a neighbor complain about noise for the 20th time.

“In a way, I almost think not inviting me is discriminating,” Slimjim said. “Just because I am obviously a police officer in uniform doesn’t mean you should immediately stop all illegal activity around me.”

He did admit that, when attending parties, most of the time he was still wearing his uniform and probably would have still arrested most of the party-goers.

William Smith, a fellow WSU campus police officer, also volunteered to offer his insights as to why the police crashed so many parties, and it’s mainly to have fun. Young people these days don’t understand the thrill of when an officer crashes your party and potentially ruins your life, Smith said.

Part of the reason Smith became a cop was due to the adrenaline rush he would get while running from the cops, usually through a stranger’s backyard with handcuffs on. Now, the only difference is that he’s doing the chasing, not the running.

Since the Evergreen always tries to get both sides to a story, we asked Mary Patterson, a junior studying criminal justice, about her opinion regarding cops at parties.

“We’d totes be down for cops to come to our parties, but last time they came they tried to take all the beer, which was not cool,” Patterson said. “They also wear these weird, coordinated uniforms that do not vibe well with us — it’s kind of culty.”

The general consensus among other WSU students we interviewed was that it is considered to be a bad move to arrest your fellow partygoers.