New name reflects the program is welcoming to all students, mentors say 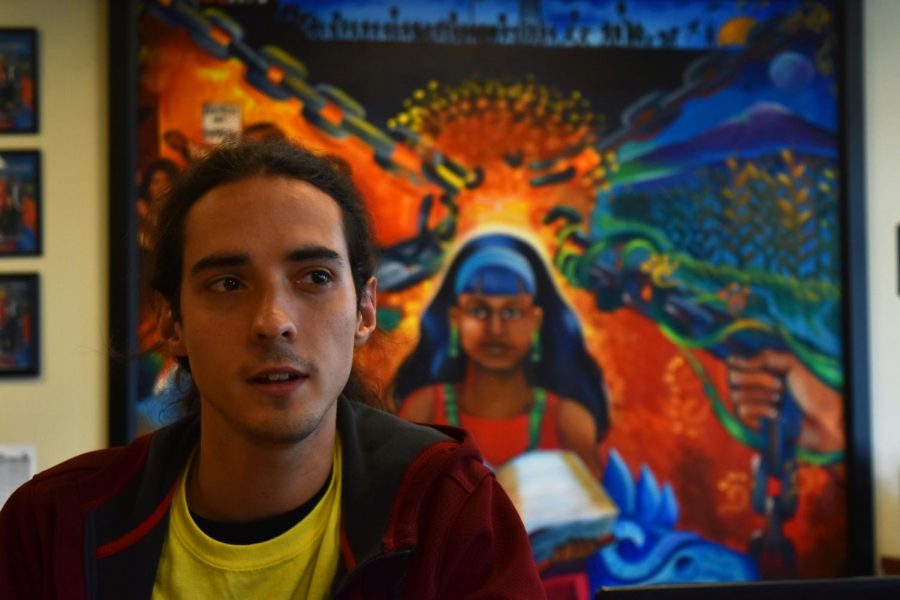 Erik Kaufman-Ortiz, a student from Puerto Rico, talks about how the center made him feel welcome and at home on campus Tuesday at the Chicanx Latinx Student Center on the fourth floor of the CUB.

The Chicano/a Latino/a Student Center, which offers services including mentoring and tutoring students to help them become more successful, is in the process of changing its name to the Chicanx Latinx Student Center.

Someone who is Chicano/a or Chicanx was born in the United States but has Mexican heritage. Someone who is Latino/a or Latinx is part of the “Spanish-speaking world,” regardless of what country they were born in, said Carlos J. Salazar, the director of the Chicanx Latinx Student Center.

The name change will hopefully be completed by the end of the semester, Salazar said.

Multiple students brought up this name change last semester, but the center only started the process this semester.

“We heard the students’ voices, and we changed the name of the student center to the Chicanx Latinx Student Center,” Salazar said.

The Chicana/o Latina/o Student Alliance held a vote, and the majority voted for the new name.

“We’re definitely moving in the right direction. We’re being progressive, and we’re allowing more people to take a seat at the table of diversity,” Salazar said. 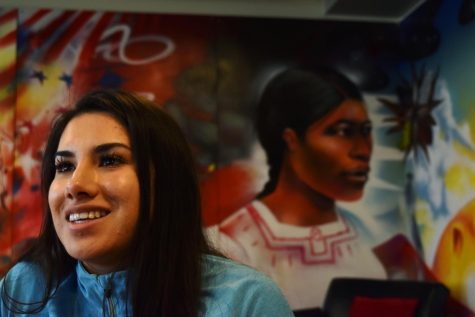 JENIN REYES | THE DAILY EVERGREEN WSU student and mentor Diana Baldovinos talks about how the changing of names from Chicana/o and Latina/o Center to Chicanx and Latinx Center creates a more inclusive environment for those who identify with the culture and outside of the gender binary.

Several students said they agree with the name change.

According to Diana Baldovinos, a senior at WSU and mentor at the center, Latinx is a term that is used in many research articles when talking about Latinas or Latinos. Chicana, Chicano, or Hispanic are not terms that are typically used in the articles.

“Latinx is an upgrade. It’s updating,” Baldovinos said. “I just think that it’s going to take time to get used to [the new name].”

This change is reflective of the university’s understanding of people who do not follow the traditional gender norms, Omar Zaragosa, a senior comparative ethnic studies major said.

“We have gender-neutral bathrooms at the Chinook, and then over at the Spark, we have menstrual products in the men’s and women’s restrooms, so I think that’s really cool to make people feel like this campus is welcoming to everyone.”

While Zaragosa said he likes the name change, he noted it will need to be changed on some of the websites and other materials like bulletin boards. That process has been started, but is not completely done yet.