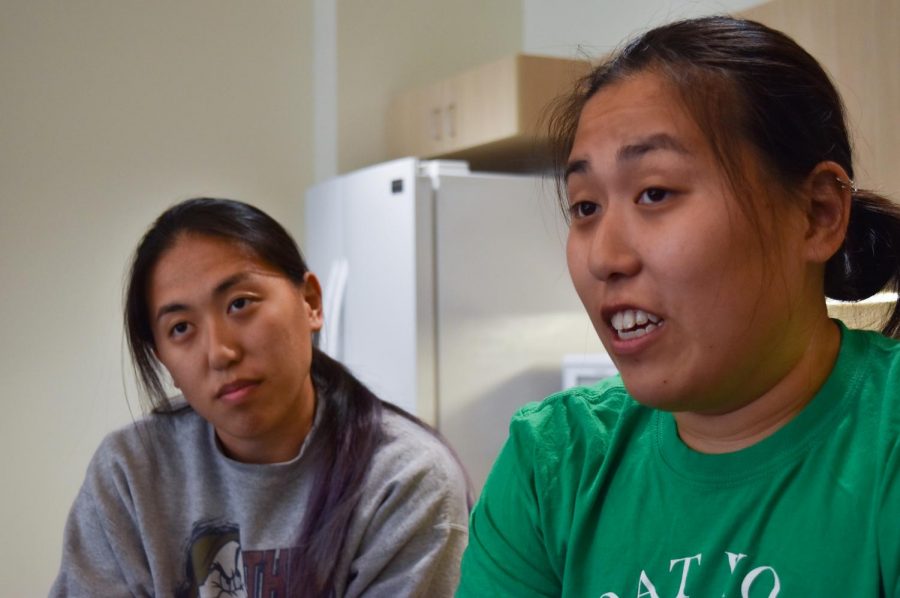 With a new school year, new members and a new adviser, many would agree Butch’s Baking Club has changed significantly since the obstacles it faced in its pilot year.

Club President Amy Baer-Peckham said her favorite time in the club was one week ago during the first meeting of this year.

“Seeing how much we struggled last year and the success of the meeting last week was very nice,” Amy said. “We’re in our prime.”

Amy started Butch’s Baking Club last October, so the group is relatively new to campus when compared to better-established clubs. She said she felt overwhelmed by the body of work needed to take on a club as demanding as hers.

“Having a club where you need a kitchen and be able to purchase materials and stuff is a lot harder to sustain, especially when your ingredients and equipment start to get too expensive,” Amy said.

She spent hundreds of her own dollars to purchase the right equipment and ingredients needed to keep the club going, but she said she faced even more problems.

“The biggest thing to overcome [last year] was finding a new adviser and getting our member population up,” Amy said. “Our very first meeting we started off with 20 people but as we progressed throughout the year, people just stopped showing up and I was worried. I was like, ‘That’s it, we should just drop the club, quit and not do it.’ ”

Amy only had one month to find an adviser before Butch’s Baking Club would be taken off CougSync. Thankfully for her, she found support her in sister and vice president, Amanda Baer-Peckham. They were both able to do what was needed to keep the club alive.

“I’m not a baker,” Amanda said. “I just jumped on this train with her.”

Amy and Amanda reached out to other WSU faculty until they eventually met Jessica Murray, a WSU doctorate student and a pastry chef for WSU Crimson Confections. Amanda said their meetings haven’t been the same ever since.

“She knows the chemistry and techniques when it comes to baking since she has a food science degree from WSU so she’s very, very helpful,” Amanda said. “Last year was a struggle for us and she was surprised we were able to sustain ourselves until this year. But yeah, we manage.”

Butch’s Baking Club has now multiplied in size from its first year and the members are looking forward to the next meeting on Wednesday, where they will be making chocolate truffles.

Amy said anyone who is still interested can come to all club events for the entire semester after paying $20 in dues.

“We’re different in that you get to make something, eat something or take it home,” Amy said. “Which is a unique thing to other clubs on campus. We definitely encourage anyone who is interested to come check us out.”