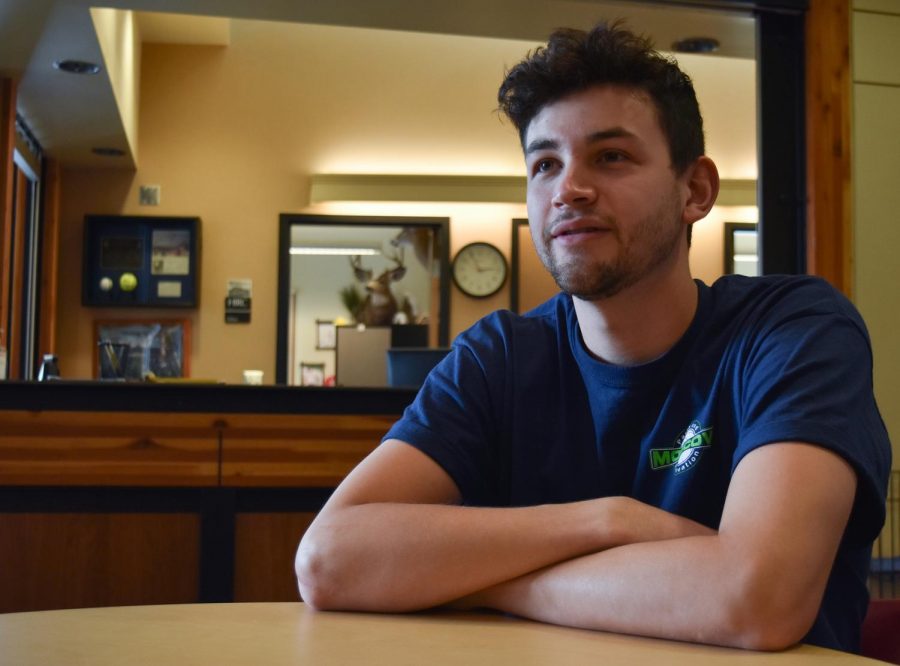 Tyler Ochoa, a Moscow local and sports coordinator at Hamilton Indoor Recreation Center, explains how influential the Palouse Youth Triathlon is for the community.

With only a few more sunny days in the year, Moscow has started preparations for the annual Palouse Youth Triathlon on Saturday.

Kellisa Owens, recreation supervisor for youth activities at the City of Moscow, said she took it upon herself to make some adjustments to the course this year.

“I started the planning in January but these last weeks have been the grinding part of it,” Owens said. “Having volunteers, staffing and coordinating all of that.”

The youth triathlon is open to ages 5 through 14, with younger age brackets running, biking and swimming shorter distances than the older kids. With different groups running different distances at different times, Owens said she wanted to simplify the route this year to alleviate any confusion.

“It was my first year, so it was all completely new,” Owens said. “I’ve been able to jump in and revamp it and make it even more fun this year.”

She said she was impressed with the turnout of the previous year after she saw over 100 people sign up and compete. Now that Owens has more experience, she’s more relaxed and prepared to see around the same number of participants.

“I don’t think it’s hard to sell kids,” Owen said. “A lot of the kids who participate also have parents in the triathlon and when they see their mom and dad competing, they want to, too.”

To put on events like these, Owens said she has to rely on volunteers to make sure things run smoothly. She said she encourages anyone who is interested to sign up and help, even if it’s only one day before the event.

Owens said the work she and her volunteers do is very important for the Palouse and its youth.

“I didn’t do something like this when I was a kid,” Owens said. “I had my other sports. But the mental piece, the physical piece and getting that feeling of accomplishment from the triathlon is really important.”

Tyler Ochoa is a sports coordinator for Hamilton Indoor Recreation Center and has been a part of the Moscow community his whole life. He watched the triathlon over the years and saw how it evolved.

“They are competing with kids of the same age,” Ochoa said. “I imagine at that age it’s freeing for them. We’re not holding this for competition, it’s more just to get them started and get a little experience and see them progress later.”

Ochoa said people around the Moscow area know about the triathlon because of how well it’s advertised. The City of Moscow creates brochures detailing the events for each season and eventually every neighborhood knows what community events are out there.

Greg Morrison is the recreation supervisor for sports and general programs for the City of Moscow. While not directly involved with the triathlon, he said he works closely with Owens.

“For us as recreation professionals, it’s our jobs to get participation,” Morrison said. “We just want you out doing something. We just want you to live an active healthy lifestyle.”

Morrison lives across the street from the triathlon and sees participants running by his house. He said he respects  Owens’ work and how the community responds to her effort.

“It’s a really cool thing,” Morrison said. “If you can, come over that day and watch it. Especially when they come in, the kids are smiling and moms and dads are tickled pink.”