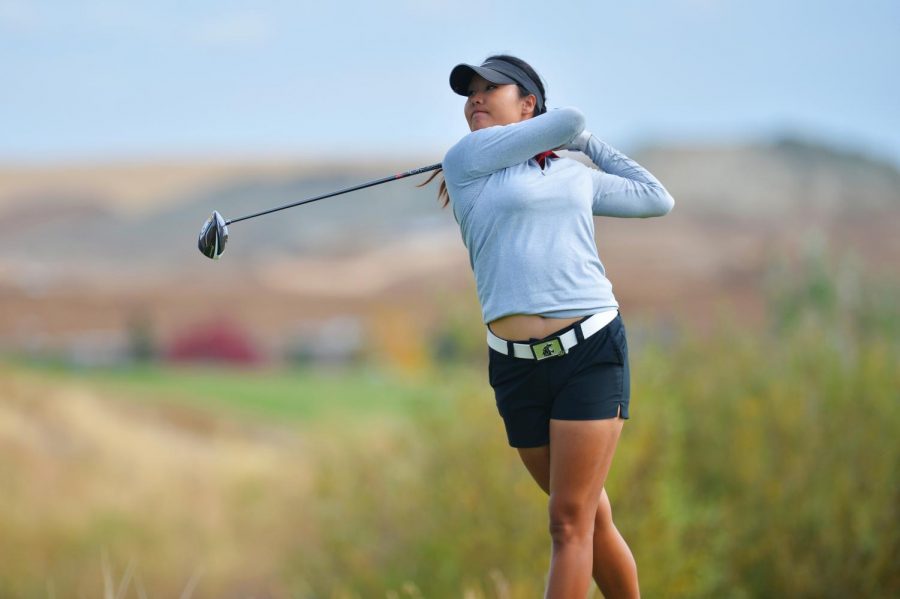 WSU women’s golf will head to Albuquerque, New Mexico, for the opening tournament of the 2018 season. The team will compete at the Branch Law Firm/Dick McGuire Invitational tournament on Monday and Tuesday.

Head Coach Kelli Kamimura said the team has grown and developed tremendously over the past few years. In 2017, the team had a very successful season, reaching its goals and breaking numerous school, team and individual records.

“Last year we had a great year,” Kamimura said. “We broke 11 school records, seven team records [and] four individual records, one of those being our team scoring average, and you know we demand a lot out of our players both in the classroom and out on the golf course.”

Kamimura sets the standards high for the athletes considering that last year they ended the season with an average 3.7 GPA for the team. Beyond that, five players made the All-Pac-12 team. The team graduated two players last year; however, it picked up three new freshmen.

Returning junior Marie Lund-Hansen has high expectations for herself and her fellow teammates in the upcoming season.

“As long as we keep focusing on how we as … individual[s] can get better, then I think that will end up making the team better,” Lund-Hansen said. “Because golf is an individual sport and if we do well then the team does well.”

The golf team does not have any captains or main leadership positions as they are all leaders and motivators to themselves, Lund-Hansen said. However, upperclassmen like Lund-Hansen serve as role models to the freshmen, putting in several extra hours of work and setting examples on a daily basis, Kamimura said.

The upcoming tournament creates a baseline for the season as it is the opening event for women’s golf. The course in New Mexico hosts several of the top teams from the nation, which will bring a challenge to the WSU golf team.

Regarding the competition the team will face in New Mexico, Kamimura said it will set the bar for the season.

“We want to be one of the best and so we’ve got to compete with the best,” Kamimura said. “So it’s always a fun way to start the year because it is a pretty premiere event that really sets the tone for the year.”

WSU will play three rounds with a 7:30 a.m. tee off Monday and Tuesday in the upcoming tournament on the par 72 University of New Mexico Championship Golf Course.