WSU will play in-state rival EWU at home for first time since close defeat in 2016. 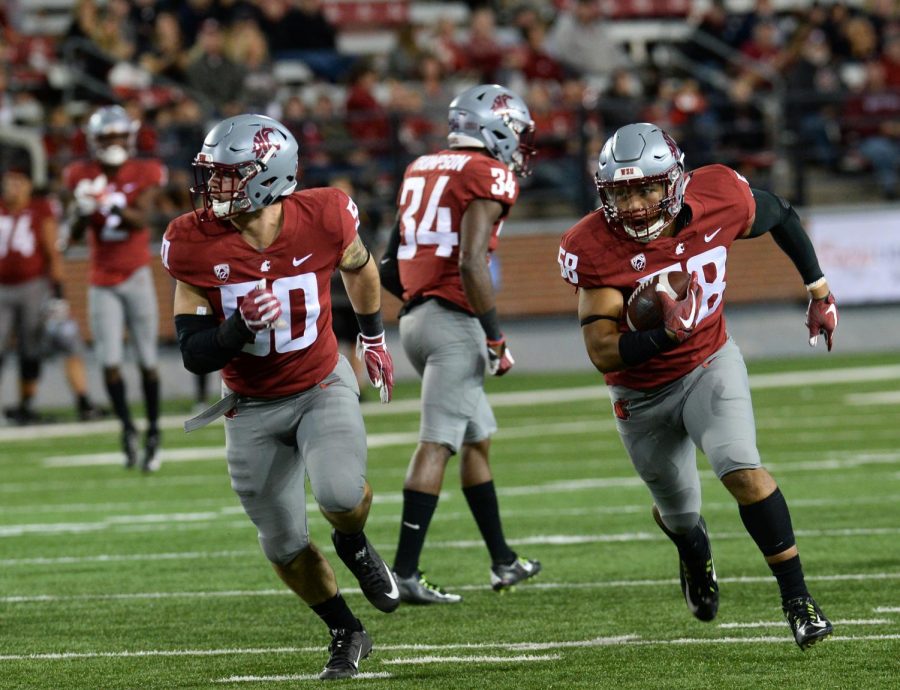 WSU will take on neighboring Eastern Washington University this weekend, in a rematch of a 2016 game where the Cougars lost by three.

“We have an opportunity to improve as a team and get better and that’s what we need to do,” Leach said, “Eastern is kind of the team we are going to play against that provides the adversity for us to do that.”

Last time the two teams faced off, the Cougars lost to the Eagles by a score of 42-45. There have been a lot of questions asked of players and coaches as to whether or not they have a revenge mindset in taking on the Eagles this week.

During a press conference after practice Tuesday, players didn’t seem bothered by the questions about the upcoming game. Each answer was consistent to their mindset and how they are going to defeat the Eagles. When asked about any bitterness toward EWU and the game two years ago, senior cornerback Darrien Molton didn’t sound worried for this weekend.

“I’m taking this game as another game,” he said. “I think they played hard, they played harder than us. They came out from the gates playing real hard and fast and I think they wanted it more than us in that game, so we’re just trying to come out with that energy.”

The Cougars’ (2-0) matchup with EWU (2-0) two seasons ago was the start of the Eagles’ then-sophomore quarterback Gage Gubrud’s career. Gubrud completed 34 of 40 passes for a total of 474 yards, with five touchdown passes to only one interception.

WSU senior nickel Hunter Dale explained how the loss two years ago affected him and what the team has been doing to prepare for Saturday’s game.

“It was a nasty taste, we never like losing, especially against an in-state school like that,” Dale said. “But that was two years ago, so I’m not going to have that in the back of my head that we lost that game.”

The Eagles have racked up plenty of touchdowns and yards in their two victories. Their first game against Central Washington University, was a 58-13 win and their second-week win was against Northern Arizona University with a final score of 31-26. Already this season the Eagles have accumulated a total of 582 rushing yards and 671 passing yards.

But WSU’s season has also brought high-scoring results. The Cougs have won both of their games, starting with a win against University of Wyoming by a score of 41-19. In their first home game of the season, the Cougs shut out  San Jose State University Trojans by a score of 31-0.

The Cougars have already accumulated a total of 938 yards this season, with 739 of those yards made up by passing and the remaining 199 yards on the ground.

Kickoff is set for 5 p.m. Saturday at Martin Stadium and the game will be broadcasted live on Pac-12 Networks.