Poets are more than just a big ball of emotions 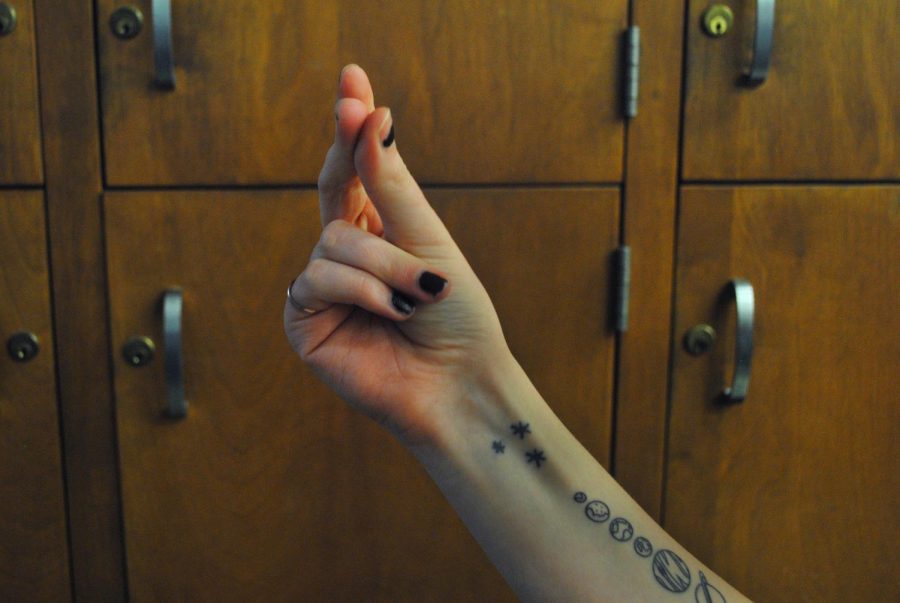 “The other thing about poets is they’re living a life of the mind.” Despite stereotypes, poets are often as hardworking as anyone else.

On a campus with countless different majors and fields of interest, you’re bound to hear people from outside your discipline ask, “What do you plan to do with that degree?”

It’s an unfortunate fact of life that even if you know what you want to do with your degree, everyone else who doesn’t will ask you to the point of annoyance.

We all deal with the ignorance of others to some extent. There’s no way you can be an expert in every field, but it can be argued that the people who suffer the most inquisitive looks and stereotyping are poets.

“What are you going to do as a poet?” “Do you have a backup plan?” “How are you going to make money?” “Will you sit pensively outside of coffee shops and write?” These are all questions that poets and would-be poets have probably heard before.

Why is it so easy for us to question the merit of being a poet?

Donna Potts, an English professor at WSU, said people can’t imagine anyone having a career as a poet.

It is difficult to make money writing poetry, but that doesn’t mean it isn’t possible. It also doesn’t mean that poets who are completely dedicated to their field will be unwilling to work hard and take other jobs to support themselves.

Lauren Westerfield, a poet and writing instructor at WSU, said “[Poets] are doing whatever it is they need to do — bartending, teaching, working at a bookstore — whatever it takes.”

Unless you have met a poet before, it might be easy to fall for some common stereotypes about them, such as the idea they aren’t hardworking. If you think these artists are always writing in coffee shops or dark bars, think again.

Westerfield said when people think of poets, a mixture of truth, hyperbole and assumptions gets lumped together.

“Many of the poets that I have worked with are exactly the opposite [of the stereotypes]: reroofing their house, taking their kids to the park and getting up at 6 a.m. to go running,” Westerfield said.

While it may be true that American poets drink tons of coffee, Potts pointed out that poets in other countries may be fond of other drinks, making our stereotypes only partially accurate.

Similarly, poets aren’t always men like we might imagine them to be. Women write poetry too and we shouldn’t let ourselves follow the assumption that tells us otherwise.

Before you fall into the trap of stereotyping a poet, consider that not everyone fits into the mold represented by a stereotype just because they have chosen to be a creative writer.

“I guess I don’t find [stereotypes] offensive,” Potts said. “The other thing about poets is they’re living a life of the mind, so they may care less about material things and think more in terms of their craft.”

Even if your poet friend might not be offended, think twice before you ask them if they fit your favorite stereotype.