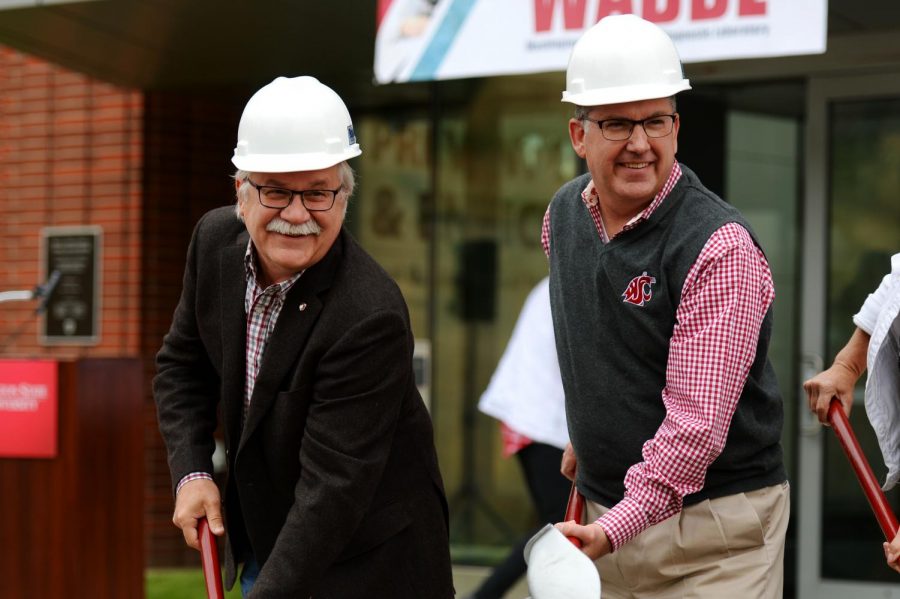 The Paul G. Allen School for Global Animal Health broke ground on a new $61.9 million building on Saturday. The addition to the Allen Center will be built on Olympia

The Paul G. Allen School for Global Animal Health broke ground on a new $61.9 million building Saturday. The addition to the Allen Center will be built on Olympia Avenue to house the Washington Animal Disease Diagnostics Lab (WADDL).

WADDL, founded in 1974, is WSU’s official lab for animal health and disease testing. The lab tests samples from both individuals and large-scale commercial businesses in Washington’s agricultural industry.

WADDL tests for animal diseases that affect terrestrial and aquatic animals. It also tests for zoonotic diseases, which are spread between animals and humans, as well as viruses, foodborne pathogens and bacteria.

Although construction is currently underway, funding for the entire project has not yet been secured.

WSU asked for $23 million from state legislature to fund the building during the 2018 legislative session. That was in addition to a $52 million Plant Sciences Building that broke ground in July, said Laura Lockard, director of communications and public affairs for the College of Veterinary Medicine.

WSU will return to the legislature in 2019 to ask for the $36.4 million needed to complete the project, Lockard said.

WSU President Kirk Schulz said at the groundbreaking ceremony Saturday that the funding would not have been possible without help from Washington State Legislature.

“I appreciate the fact that we have the support to move this forward and look forward to securing the second slug of funding to finish this off,” Schulz said.

Jack Field, the executive director of the Washington Cattle Feeders Association, said WADDL has been invaluable to Washington’s agriculture industry.

“The lab does so much every day to ensure that everybody’s business can move at the global speed of commerce,” Field said. “We have producers here that ship their products because of this lab, globally, by the plane load, on a weekly basis.”

Tim Baszler, the executive director of WADDL and professor at the School for Global Animal Health, said that because of an increase in testing the lab is outgrowing its current location in Bustad Hall. Since 1974, the lab has seen a 250 percent increase in samples tested per year, he said.

The new WADDL facility is considered the second phase in development of the Paul G. Allen School for Global Animal Health, Lockard said. The addition is meant to house academia and research at the school in the same building, as well as give WADDL access to the Biosafety Level 3 lab in the Allen Center.

Bryan Slinker, dean of the College of Veterinary Medicine, said WADDL is a centerpiece of WSU’s doctorate of veterinary medicine program and is critical to developing the next generation of diagnosticians in a global landscape.

“There is more diagnostic capability in this lab than there is in the entirety of Sub-Saharan Africa,” Slinker said. “It’s our obligation to use our knowledge and expertise to extend our reach that far.”

Construction is scheduled to be completed in January 2021.