Letter from the Mint editor: My survival instincts benefited from killer dolls

Childhood fears are a pain in everyone’s a--, continue to benefit a child into adulthood 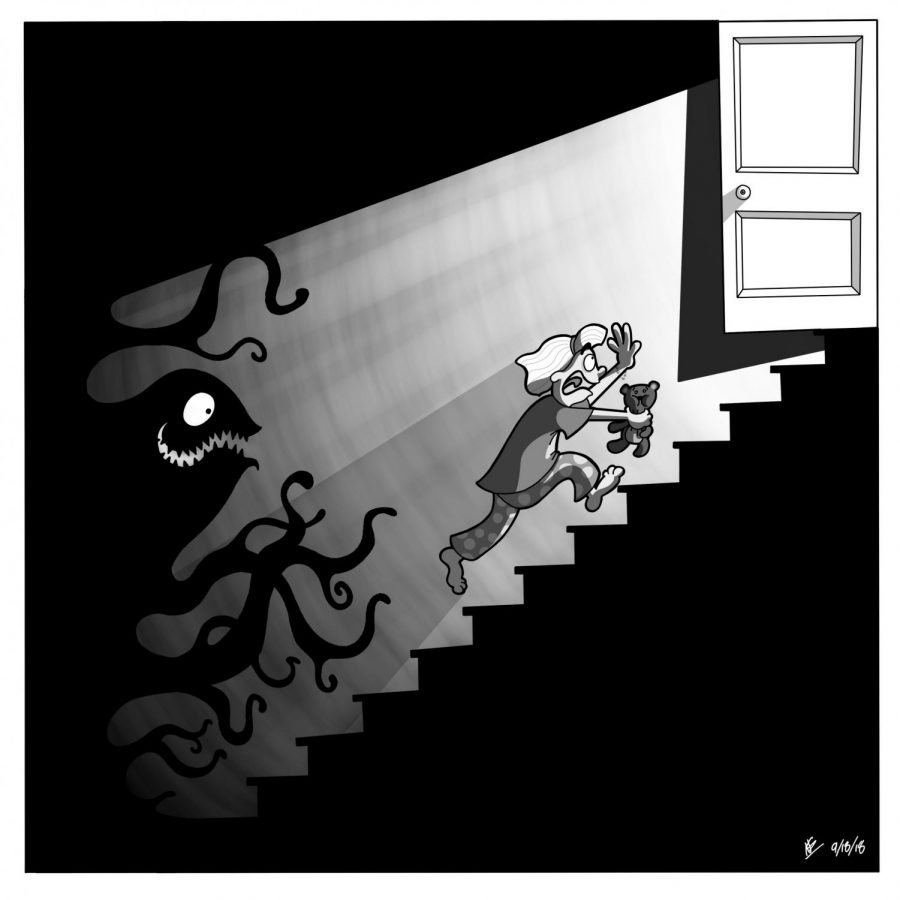 After seeing a scary movie this past week, I found myself staring in the darkness before I was about to fall asleep and remembering how as a child I would imagine monsters hiding in the shadows.

Kids have some of the wildest creative ways of thinking and this is a great thing to have — until their imaginations start generating irrational fears.

Recently, I was talking to a friend about fears we had as children. In hindsight, some of these terrors were ridiculous to even consider, but I realized I still carry some of them with me to some degree.

I remember frantically throwing myself up the stairs after turning off the lights downstairs because I was sure there was some indescribable monster lurking in the dark.

With that being said, I would try to avoid being the last person coming upstairs. Seems fine, right? Well, I also had an issue being the only one upstairs because I thought my red-headed doll would be possessed by a child killer and slay me while my family was downstairs.

When I fell asleep, I had to have something touching my back or else I thought someone would stab me in the back — Freud may have said I was protecting myself from fake and backstabbing friends.

Additionally, I had to fall asleep before my Disney album ended or else I was doomed to never catch my well-deserved Z’s.

It was probably tiresome to handle a child who thought her doll was going to murder her, you and everyone else in the neighborhood. However, that wasn’t everything. If I didn’t hear my mom snoring, I felt obligated to check if she was still breathing by putting my hand under her nose.

Moreover, every other week I thought I had appendicitis or necrotizing fasciitis, but that’s another story.

Those were some of my less-severe fears, but where the rationality appears in my child brain is in my fear of getting kidnapped. For obvious reasons, I’m still scared at the thought of getting swiped into a white van with no candy.

Remember when “Twilight” came out and there was a vampire craze? A friend of mine drew the conclusion that her mother was a blood-sucking demon after reading books and watching movies about vampires.

When she was explaining to me as to why she came to this conclusion, it kind of made sense, one of the reasons being that her mom put on a lot of sunscreen. Totally logical. My friend told me that sometimes when she was chilling with her mom, she would try to slyly catch her mom’s reflection in a hand mirror.

Another friend of mine had an irrational fear of Cabbage Patch dolls. I can’t blame him because those things looked straight-up demonic. Apparently the dolls’ lifeless eyes would follow my friend around the room and he said he was always ready to fight them when they came alive. Not if.

In a sense I’m glad my overactive mind was running wild and conjuring up stories of monsters in the dark and potential kidnappings. Who knows, if it wasn’t for those fears maybe I would’ve been rolling in a van full of candy or getting chased by evil ginger dolls.