With flu season around corner, students need to worry about fandom 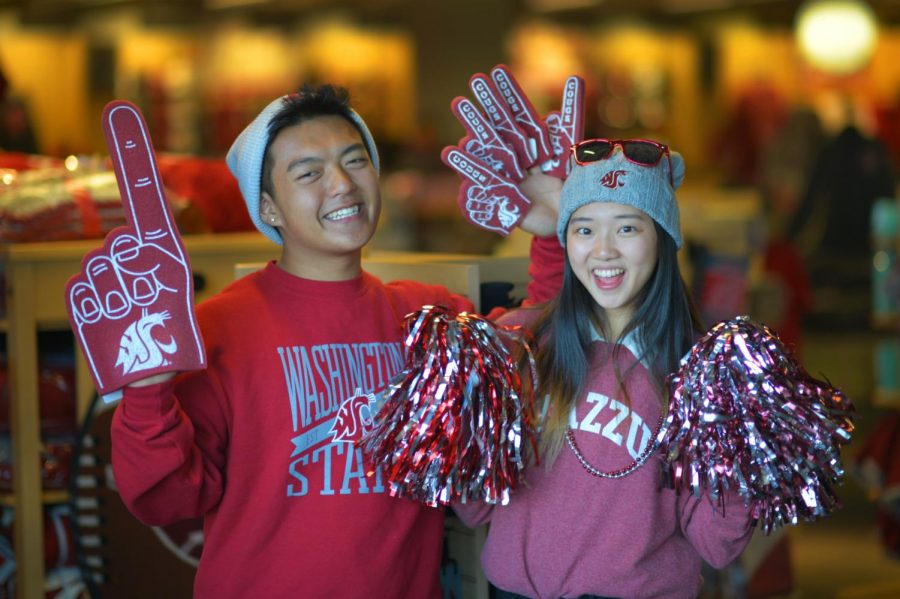 Fellow students beware — once Coug Fever hits, there is little chance of recovery from seeing all in crimson.

Coug Fever is back in full swing on campus. After the first home football game a few weeks ago, those who have fallen prey to its embrace can be seen everywhere on campus.

Thus, in order to educate students about Coug Fever (CF), The Daily Evergreen has decided to do some investigative reporting to find out the symptoms those infected with CF may display.

The first symptom any human infected with CF will experience is a sudden change in fashion. Instead of the normal blue jeans and a T-shirt, crimson is the only thing they see when they open their closet. From sweatpants and shirts to underwear, everything will be dyed a shade of crimson or gray with the WSU logo emblazoned on it.

The ill person’s social media is an example of the second symptom of CF. Normal selfies or food pictures will be replaced by images of the football field and group photos with the infected and their friends, all decked out in their WSU gear. Except for the one lame-o without Coug gear.

Finally, the last and most obvious symptom is their habit of slipping the phrase “Go Cougs” into any sentence, regardless of how much it makes sense. Saying something simple like ordering food will end up with a sentence, such as, “I would like a hamburg – Go Cougs!” slipping out of their mouths.

Although CF is heavily contagious and likely to be permanent, it does have a cure. The Evergreen was able to find a cured student after some heavy investigating. Dell McApple, a sophomore studying computer science, explained how he managed to escape CF’s grasp.

“I’ve learned that there’s a specific shade of red which will remain unnamed that really sets my Coug Fever off,” McApple said. “In order to avoid triggering my CF, I wear blackout shades at all times.”

He also said he tries to stay far away from any sporting events and will lock himself in his room on any game nights, even football. If he has no other choice than to leave his dorm, he has a special set of earplugs he wears.

However, McApple admitted he does occasionally relapse.

“When I fall ill to CF, I just see red [and gray],” he said. “It usually takes hours to regain consciousness.”

CF is a serious disease with serious consequences. From the high risk of overdosing on fun to pre-gaming too hard, CF should never be underestimated.

So, with Coug Fever in full swing and sufficient warnings about the symptoms provided, there is only one thing left to say: Go Cougs!