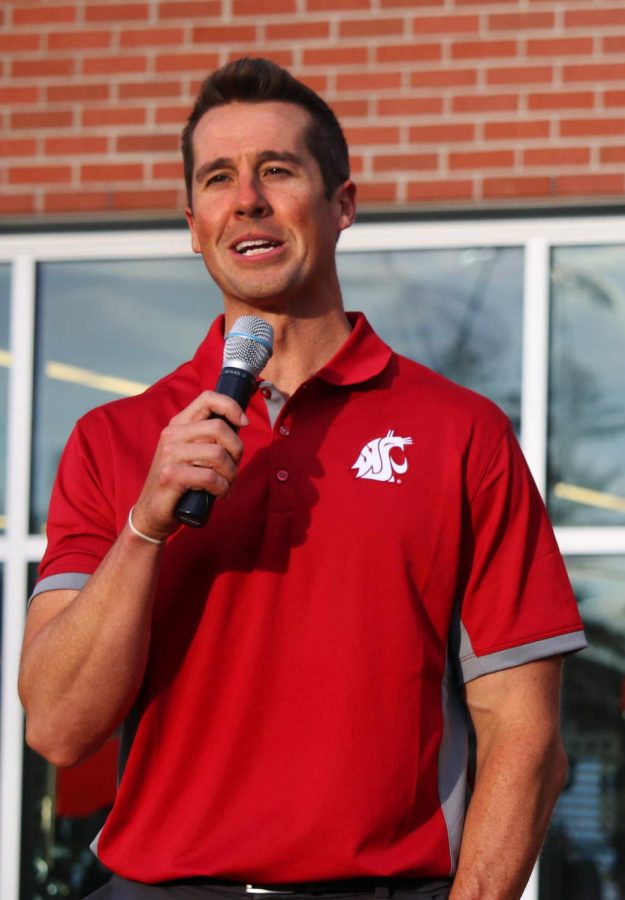 Gesser sent his letter of resignation to WSU on Tuesday.

The Daily Evergreen released a 3,100 word report last Thursday outlining a number of allegations of sexual harassment and misconduct against Gesser dating back as far as 2014.

The Evergreen spoke with Wold on Monday, who said Gesser groped her without consent and made multiple unwarranted attempts to forcefully kiss her following a CAF event in the Puget Sound area in 2015.

Gesser’s resignation announcement is replicated in full below.

“I am deeply saddened that recent circumstances in my private life have created a distraction for the Department and University. While I certainly never intended to hurt anyone, I believe it is best for all involved for me to move on.

I would like to thank Bill Moos and Dr. Elson Floyd for giving me this amazing opportunity to serve an institution I love. I am also deeply grateful to Dr. Kirk Schulz and Pat Chun for their fantastic leadership these past several years. I apologize to each of you for creating a situation that reflected negatively on WSU in any way.

To the young woman that I made feel uncomfortable, I respectfully have a different recollection of the situation you’ve described, but acknowledge that I should never have been in the situation in the first place, and I apologize. I truly never meant to cause you harm.

This is a very difficult time for me and my family, and I truly appreciate our friends, including the incredible colleagues and alumni I have met through my time at WSU. With this personal matter being made so public, it is taking a toll on my family in this close-knit community. I appreciate your understanding for the impact this has on them.

I remain a proud supporter of WSU, and I wish this community all the best.

Wold released a statement it response to Gesser announcing his resignation.

“It’s been a long and difficult 48 hours, and an even more difficult three years. I’m extremely happy to see that Jason has resigned his position of influence and power at WSU.

It’s a relief to know that no other young women will be subjected to Mr. Gessers actions and abuse of power. I pray he gets the help he needs and that his family can move forward.

I also pray that this event will serve to give encouragement to others. Staying silent is no longer an option. If my story resonates with you, come forward. Bring it to the light so that we all – as a community – can begin the healing process. And to my Coug nation; thank you so much for the support. You are an amazing family.”

“Late this afternoon, Washington State University received a letter of resignation from Jason Gesser, following the complaint shared with the Office for Equal Opportunity on Monday. The University has accepted Mr. Gesser’s resignation effective immediately.

We sincerely appreciate the courage it takes for individuals to come forward with concerns of this nature. We take the allegations extremely seriously, and the Office for Equal Opportunity intends to continue its investigation.”

ASWSU released a statement Tuesday condemning sexual violence and misconduct and encouraged students, faculty, staff and administration to participate in Green Dot intervention and cultural competency trainings regardless of past experience.