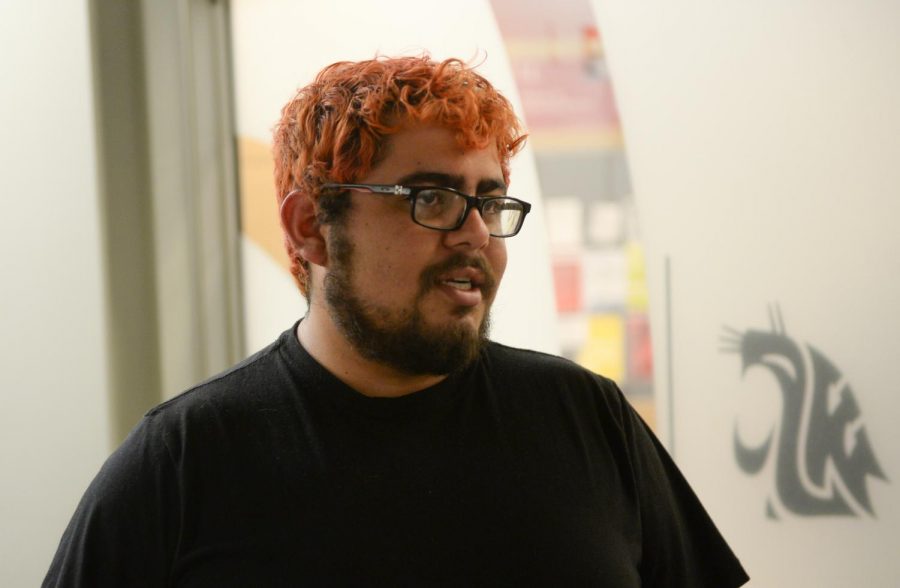 A video that showed members of Phi Gamma Delta fraternity, also known as Fiji, dressed in grass skirts followed by a #FIJIISLANDER2018 hashtag, was published on Twitter on Monday night.

“It clearly shows a lack of understanding for our community,” said Dan Welter, associate dean of students for the Center for Fraternity and Sorority Life, during a forum Tuesday at Butch’s Den.

Welter and the assistant directors of the CSFL were aware of the video when it was published. They reached out to the Phi Gamma Delta chapter president and the video was removed minutes after, he said.

The video received a lot of backlash from Twitter users, Welter said.

“Is this really how you all want to represent yourselves? By supporting blatant appropriation and insensitivity?” Twitter user @malvinhrrson wrote.

The assistant directors of the CFSL engaged with the Bias Advisory Response Team and discussed steps that need to be taken to remedy the situation, Welter said. They also reached out to Mary Jo Gonzales, vice president of Student Affairs, and President Kirk Schulz about the video.

“It became transparent that this is not behavior that we accept in our community,” Welter said.

The national organization of Phi Delta Gamma sent a letter to the chapter, saying their actions did not align with the mission, vision and values of the fraternity, he said. The fraternity is expected to issue a public apology to the Pacific Islander community.

The fraternity has to complete a cultural competency training regarding race, ethnicity and cultural appropriation, Welter said. Ninety percent of the chapter must complete the training. Fraternity members must also work with governing councils to make sure they are completing the requirement.

“I cannot fix all the systemic issues tomorrow — if I could, I genuinely would,” Welter said. “But at the very least, we can listen and understand and do our best to work and improve this community as we’re continuing to move forward.”

During the forum, audience members asked questions about whether it was necessary to have an adviser overlook the fraternity and make sure activities and events are appropriate. Another said they want to see the fraternity face consequences and make tangible change.

One audience member asked why 90 percent of the fraternity should only complete the cultural competency training, not 100 percent. Another wanted Schulz to be physically present during times like this.

“I don’t want Kirk Schulz’s answer to this just in a tweet … is he ever going to show his face and talk to us?” an audience member asked.

Kamu Taulelei, member of Mitamitaga O Samoa, said cultural competency training could be a valid way to address this situation, but they should be educated by the multicultural groups, not by a random person the university chooses.

“We should educate them first on what their name represents because that’s what’s important,” he said.

Welter said Phi Gamma Delta will go through due process, which is an opportunity for the fraternity to represent itself. There will be a closed hearing for the due process Sept. 25, he said.

“He was very much trying to figure out what his chapter can do to make up for it,” Flores said.

He also said actions are going to speak louder than words. He said he offered Hummer to speak to the Asian-American and Pacific Islander organizations and the United Greek Association.

“We’ll see if he actually follows up on it,” Flores said. “I really hope he does.”

Jaime Nolan, associate vice president for Community, Equity and Inclusive Excellence, said she wants to be responsive and to continue to actively listen to student’s concerns instead of addressing the issue with a general response.

“I know action is incredibly important,” she said, “and that action needs to be informed by what we hear from students.”

Guillermo Motta, executive vice president of UGC, said it was frustrating to see the Greek community has not excelled in cultural awareness despite the fact people have been talking about it for the past two years.

Being involved in multicultural communities and attending meetings for organizations such as the Asian Pacific American Student Coalition and Movimiento Estudiantil Chicanx De Aztlan can be a way for people to appreciate different cultures, he said.

ASWSU released a statement Tuesday condemning any act of racism or cultural appropriation. The organization urged students, faculty, staff and administration to participate in a mandatory cultural competency training regardless of past experience.

Motta said he does not want a “vanilla” response or a slap on the wrist from Schulz in regard to handling this situation.

“If we are a type of school that allows cultural appropriation,” he said, “what else are we going to allow?”