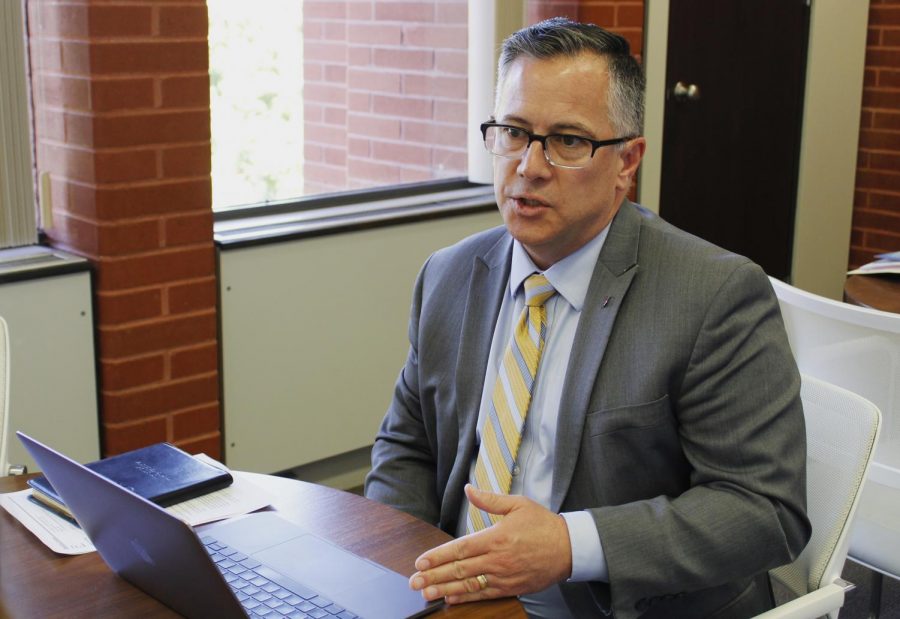 Phil Weiler, VP of marketing and communications at WSU, talks about the largest freshmen class.

Current student enrollment numbers were released by WSU officials on Sept. 12, with a total of 21,022 graduate and undergraduate students attending the Pullman campus. Out of all those students, 4,543 of them are freshmen, Weiler said.

The freshmen enrollment numbers took an approximate 15 percent increase from 2017. The total increase of students on the entire Pullman campus was 3.6 percent, Weiler said.

Most years, changes in enrollment are closer to 2 or 3 percent, he said.

“The fact that we had a 15 percent change, that is a big difference,” Weiler said.

The spike of new students is not from WSU admitting more applicants, he said. Universities have a process called “melt,” in which a certain number of students receive an acceptance letter with the assumption that some of them will not actually attend the school.

“We admitted essentially the same amount of students this year as we have over the last several years,” Weiler said, “but by May, we started getting hints that this class might be bigger than we expected.”

At WSU there has been a waiting list for the students who are not freshmen and would like to return to the residence halls. This year there were about 130 students on the list, but this is not an uncommon number, Weiler said.

“When you get put on the waiting list, you understand there is no guarantee that you will get a place on campus,” he said.

The unexpected number of freshmen required the housing staff to make special accommodations over the summer.

After being out of service for three years, Waller Hall had to be reopened to accommodate for the large number of new students, said Terry Boston, associate vice president for finance and operations for Student Affairs.

Orton Hall had to undergo improvements as well. Five floors of the hall had to be converted from single rooms to doubles, he said.

WSU spent approximately $700,000 on about 600 new furniture sets for Waller and Orton halls. The order for furniture was placed before the first of May from two different companies, Boston said, but it was not received until the third week of July.

Other improvements included re-carpeting the rooms and testing the heating units in Waller.

Boston said residents have overall been content with the accommodations.

“Move-in went very smoothly,” he said. “Students and parents have been surprised at how well we handled this.”