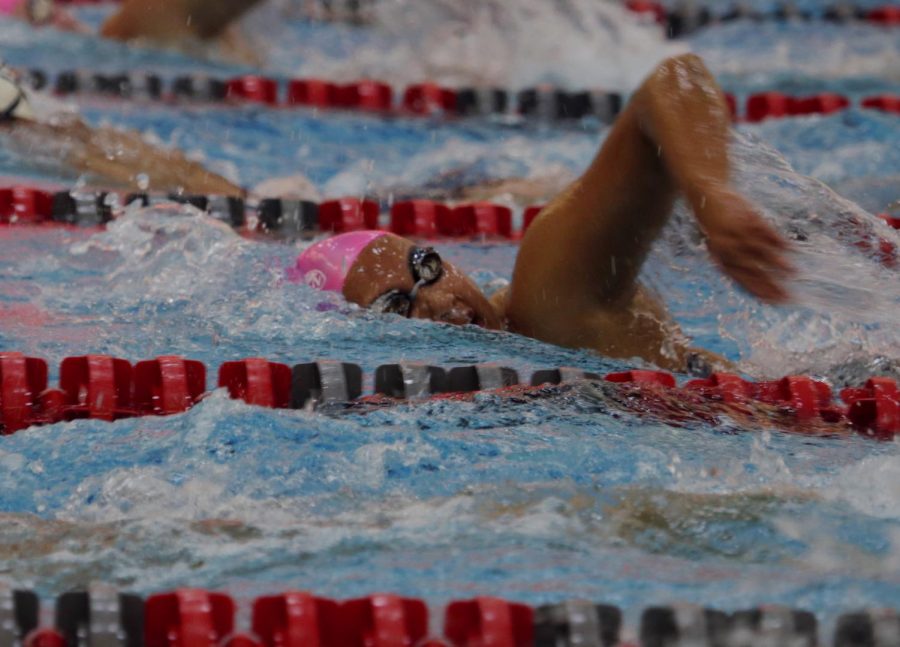 WSU swimming participates in a meet against University of Arizona on Oct. 14, 2017 at Gibb Pool.

San Diego State and Reno will not make Friday a walk in the park for the Cougars. Head Coach Matt Leach complimented the teams they will be facing that day.

The Cougars have had lots of turnover recently. The biggest addition is Leach, the first-year head coach. The team is very young, comprised of eight freshmen and sophomores with a few veterans mixed in the roster.

“We’re a young program and with the changes we’re instituting,” Leach said, “I think it is important that we talk about that energy, that effort, and that excitement and when you have eight freshman coming in, everything is a learning curve.”

A powerful returning vet is senior Jasmine Margetts. Margetts posted 11 individual wins last year and was the only Cougar selected to the 2017 USA Swimming College Challenge.

WSU will be without last year’s then-freshman standout Emily Cook, who left for the University of Minnesota about a week before former Head Coach Tom Jager left the team.

The new coach in town is focusing on this meet as a starting point for the team to build on.

“This is the first step in a long process,” Leach said.

Cougar swim starts off against San Diego State and Nevada at 3 p.m. Friday and will then move on to face San Diego at 11 a.m. Saturday to wrap up the weekend.