Soccer takes on No. 8 Bruins in LA 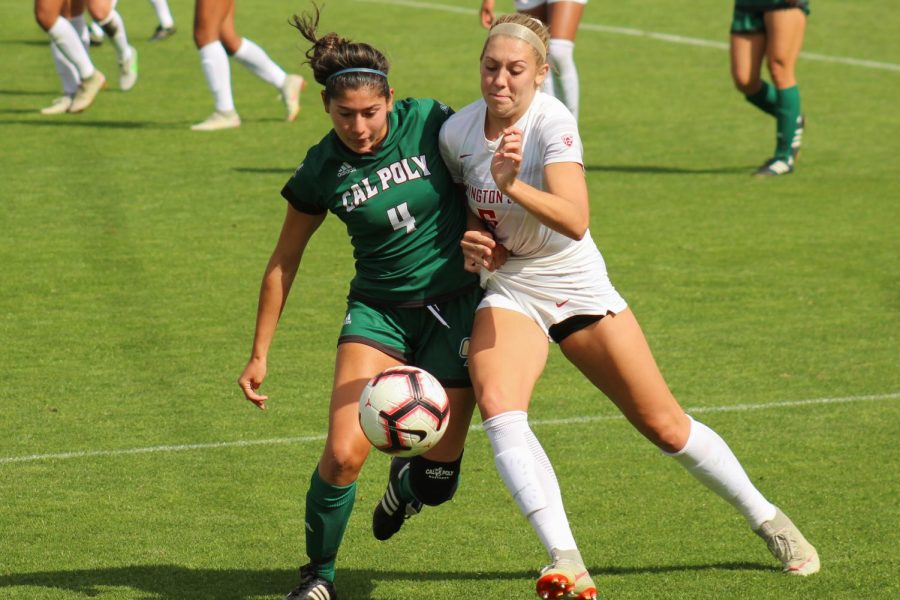 No. 14 WSU soccer will begin play within the Pac-12 on Friday when the team travels to Los Angeles. The undefeated Cougars will try to take down No. 8 University of California, Los Angeles.

In the past five years, WSU (7-0-0) has held a 2-3 record against UCLA (5-1-1), with both wins being in Pullman and two out of the three losses being in Los Angeles. However, with two wins on the road already this season, Head Coach Todd Shulenberger thinks the team is ready to start conference play away from the comfort of home.

The Cougars were recently ranked No. 14 in the United Soccer Coaches poll, which is WSU’s highest ranking in the poll since 1993. Already this season the Cougs have scored 18 goals with nine different goal scorers.

WSU’s last two non-conference games were held in Pullman this past weekend as they faced University of Montana and California Polytechnic State University. Coming out of the weekend with two wins and a combined seven goals scored, WSU will walk into Los Angeles with momentum.

Last year, WSU upset then-ranked No. 2 UCLA in Pullman by a score of 1-0. With that in mind, UCLA will be looking forward to playing on its home field and seeking revenge. As for the Cougars, Shulenberger said they will be ready for the competition ahead of them.

“We had a nice win against them last year so we know they’re excited to play us, but you know what, we’re excited too,” Shulenberger said. “We’re going in here with a chip on our shoulder, we have some stuff that we want to continue to grow on and get better at and we want to make our statement here too. Winning is contagious and we’re excited and we’re looking forward to Friday night.”

The Pac-12 is one of the most competitive women’s soccer conferences in the nation, with three of the top-10 teams being Pac-12 programs. The Cougars will face a challenging start to conference play. To be successful against UCLA, WSU must have one of its best defensive games of the year and be able to manage the ball and find key moments, Shulenberger said.

The game is set to start at 8 p.m. Friday at Wallis Annenberg Stadium in Los Angeles. The game can also be seen live on Pac-12 Networks.