WSU should make room for Performing Arts, be well-rounded 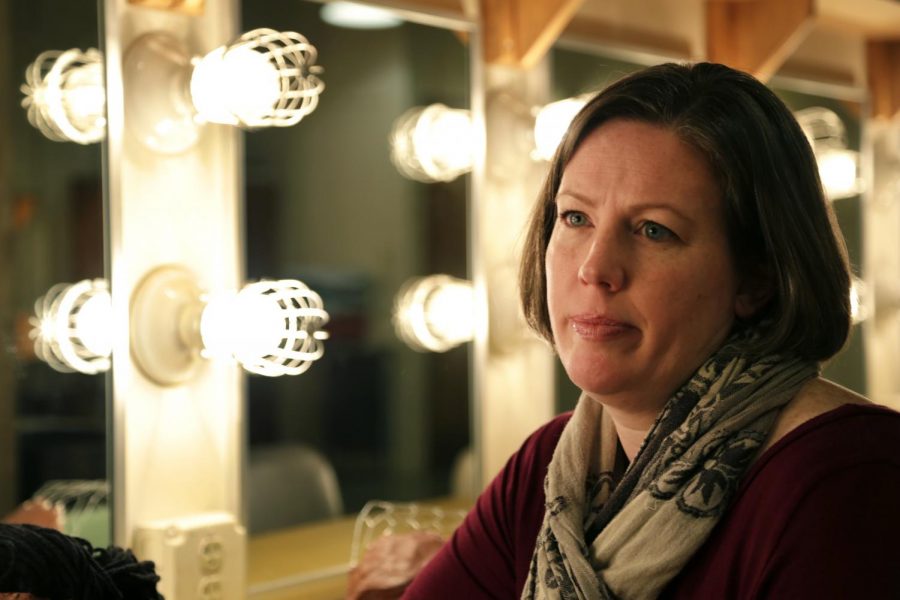 Mary Trotter, former professor of the Performing Arts at WSU, discusses her opinions and future options regarding the loss of funding to Performing Arts on Oct. 24, 2017.

As resounding as the blare of stadium speakers can be and as thrilling and intense as it is being a part of a chanting mass, there isn’t anything that can replace the quiet emotion of theater.

In 2018, WSU was projected to have a $30 million annual deficit spending, eating into WSU reserves and shrinking it to only about 44 percent of its former sum. President Kirk Schulz arranged a department-wide 2.5 percent decrease in spending to curb this deficit to $20 million, looking to have a surplus by 2020.

The WSU Performing Arts program was removed as a part of this process that same year. Designed to host a variety of artists, it arranged for dozens of performances during its lifetime. The program was stated to have used $1.6 million of WSU reserves since 2011, a near $230,000 deficit annually.

It was costly, but other projects drained magnitudes more.

As the program finished its final performances last year, WSU Athletics’ debt accumulated. This debt reached an estimated $67 million by the end of the 2018 fiscal school year, about 42 times more than the sum spent by the Performing Arts program.

Schulz intended for each department across all WSU facilities to decrease spending by 2.5 percent, issuing cuts as fairly as possible. This same rationale was applied in cutting out other expenses. Ones not financially viable were removed from the coming year’s budget, Schulz told The Spokesman-Review.

But exceptions to this fair financial system arise when looking at the athletics department.

Despite the massive debt athletics is accountable for, it was given time extending into May 2018 to discuss terms to reduce its operating deficit. Several months earlier, the Performing Arts program had already been cut from the budget, without being given a chance at reducing its immensely smaller deficit.

By the administration’s terms, the program didn’t earn enough to sustain itself so it was cut.

The only part of the expenses which produced this deficit was the staff salaries and no one ever informed the staff they had to cover their own salary, said Mary Trotter, former professor of the Performing Arts at WSU.

The basis of their salaries on reserves was also never mentioned to the staff until after they were cut.

Athletics overspent by more than $60 million and wasn’t pressed to consider cutbacks until mid-2018 while Trotter and the rest of the Performing Arts program were told they’d be cut in late October 2017.

“That opportunity was never provided for us and we weren’t given a chance to discuss it,” Trotter said.

The inequality is clear, but what could be done to recover the program?

Either head football coach Mike Leach’s salary could be lowered by 5 percent, or students could be charged an extra $3.67 per semester. The former is unlikely, but either would allow the Performing Arts program to continue under its previous yearly budget.

The latter, in fact, was proposed to ASWSU by the athletic department in the form of a mandatory sports pass to eliminate debt, but the pass was voted down by the ASWSU Senate before students could be given the chance to vote.

With the measly $4 per student it would take to save Performing Arts, it might still be in operation had they been given the same consideration the athletics department had received.

If WSU is to be a well-rounded institution, we must support a wide curriculum of study as much as we do athletics. With such a small price split between every student, the program could easily survive if the student body made a concerted effort to keep it alive.

If not for the benefit of the community and culture of WSU as a school, then for the preservation of this art on campus.