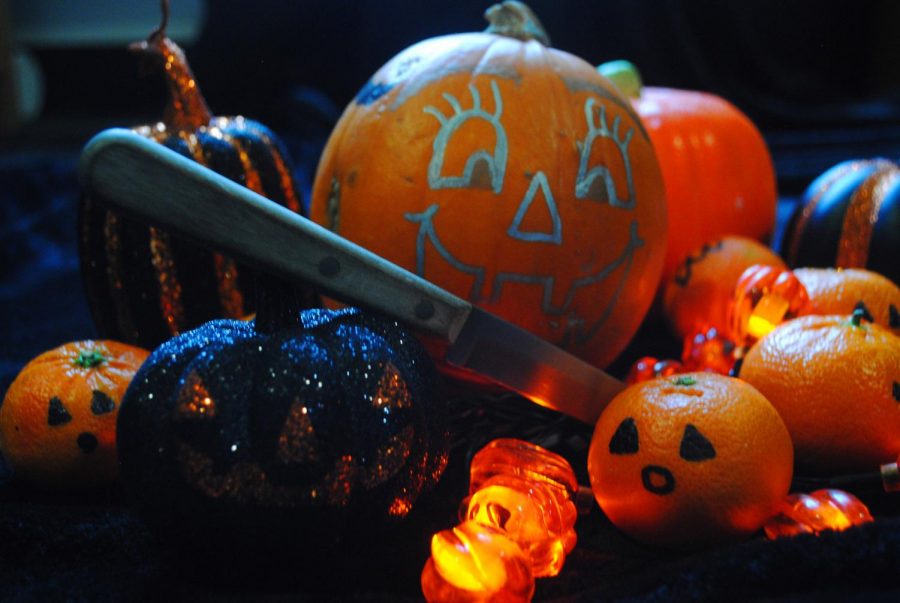 Throughout autumn, pumpkins are under threat of being sliced into pieces, overgrown and heartlessly smashed on the ground.

Fall has arrived, and people are justifiably excited to partici­pate in autumn activities such as rolling around in dirt and leaves, dressing in decorative sweaters that don’t provide any warmth and drink­ing viscous sugary and warm liquids.

However, one tragic and hei­nous autumn activity remains popular among anyone who lives and breathes in the United States. This gruesome act is taught to children and the tradition is carried on into their adulthood, thus continuing the cycle which makes it impos­sible to stop. To the readers who are oblivious to their environment from September through October, this is about pumpkin carving.

It’s an easy feat to slice into any­thing without cute eyes and other features that indicate life, and this is what makes this issue easy to push into the shadows. Additionally, it’s easy to ignore those who are directly affected by these massacres.

According to Linus van Pelt, an advocate for pumpkin rights, crimes committed against our squash brethren should not be disregarded. However, those who are supporting pumpkins’ lives are being rejected from autumn culture.

“I’ve been trying to prepare oth­ers for the Great Pumpkin to arrive for the past five years, but my friend Charlie Brown keeps telling me I’m crazy,” van Pelt said. “People [like him] aren’t taking it seriously!”

Van Pelt’s dedication can be per­ceived as an obsession by those who see him sitting in a field surrounded by pumpkins, even when they start rotting, but he says others just need to educate themselves. Every fall there is an educational program to provide the community with infor­mation about these crimes, called “Squash the Systematic Slicing of Pumpkins.”

The program involves presenta­tions from van Pelt and various guest speakers, such as Trudy Cardamom from Rally Against Pumpkin Spice, as well as crafts and a potluck. Following these activities, there is an award ceremony for individuals in the group who have shown outstand­ing commitment. Additionally, there is a memorial for those who were lost to carving the prior fall.

Last year, the award-winning craft was a sign that said, “Cut out pump­kin carving.” It goes to say that hosts of the program didn’t have many crafts to choose from in the first place, but at least someone is advo­cating for those who can’t speak.

However, carving isn’t the only thing that affects the squashes. Van Pelt said pumpkin smashes in schools are just as detrimental to the pumpkin species as carving faces into them is. Competitions through­out the nation to see who can grow the heaviest pumpkin can be seen as abuse by pumpkin advocates as well.

According to Farmer Bauer, a participant in produce competitions, it is silly that people are fighting for pumpkin rights because they are only fruits. He has received threats from those preparing from the Great Pumpkin, and he is fearful they will take action.

“I tell you, these kids clearly aren’t sane,” Bauer said. “Just this past week they surrounded my house with pumpkin masks and torches.”

Local police departments are warning their respective communi­ties to remain alert when buying pumpkins at the store or avoid pur­chasing them altogether. Those who have carved pumpkins outside their residences are at a greater risk for receiving harassment from pumpkin advocates.