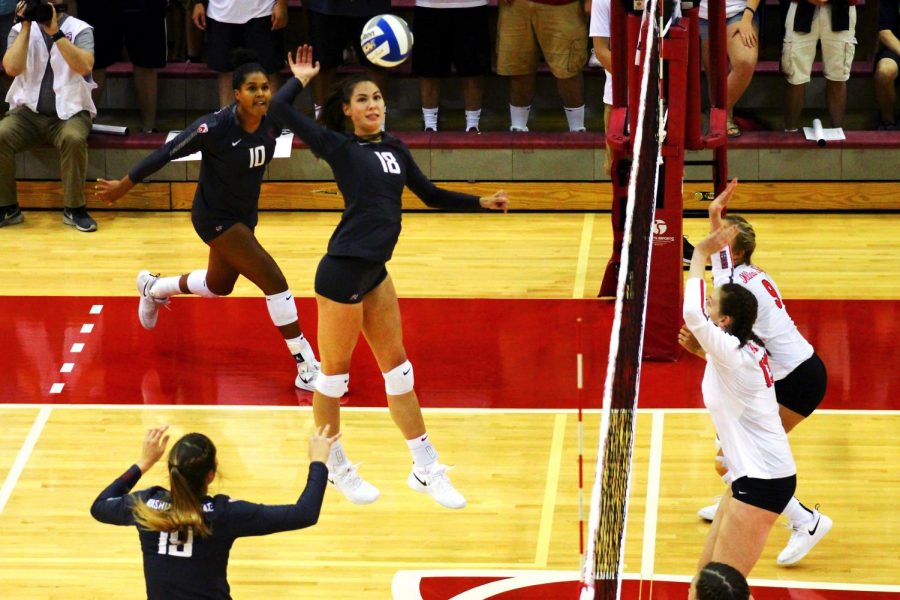 On the visiting side of the court this week is Utah. The Utes also enter the match having lost their first two Pac-12 conference meetups to the University of Colorado and No. 17 University of California, Los Angeles.

The Utes roster consists of 14 athletes, two of whom are seniors, and Utah Head Coach Bethany Launiere is currently in her 29th season for Utah, accumulating a career total of just over 540 wins. On the Cougar bench there’s a total of 15 players, six of them experienced seniors. Head Coach Jen Greeny is entering her eighth year, and right now has just over 117 wins.

When asked what the mentality was for this at-home Pac-12 matchup against Utah, junior outside hitter Taylor Mims said it isn’t any different.

Mims also said she was excited to play at home for the first time, especially against two ranked teams.

Despite a successful start in the non-conference portion of the season, the Cougars have recently been on a three-game losing streak. Their first loss was on Sept. 15 at the end of the non-conference season to unranked East Tennessee State University in five sets.

Following that match was the Cougs’ back-to-back Pac-12 conference game appearances, where they first went against the No. 13 University of Washington Huskies on Sept. 20 and No. 12 University of Oregon three days later. Both of these matches ended in close fifth-set losses for the Cougs and it showed what they needed to keep up with the highest ranking teams in the Pac-12.

“It’s a lot of positivity knowing that we can compete with anyone and we could’ve won every single game,” sophomore setter Ashley Brown said. “So it’s more just cleaning up little errors, being really disciplined so we can actually pull those ones out and finish them strong.”

So far this season the Huskies are 10-2 and the Ducks are 9-3, with one of their big wins being against No. 1 University of Minnesota. But despite the early Pac-12 losses, Greeny said she was proud of her team.

“In Washington I was proud of our fight … we dug ourselves a pretty deep hole and definitely fought back … then again, just couldn’t get the win Thursday night,” Greeny said. “Then Sunday we were up in Oregon against a very high quality team … I’m just proud of the way we fought again there … we were right with them on the road.”

With the Utes visiting for the Cougs’ first home game of the conference season, both teams look forward to a first win of their respective Pac-12 seasons. The game starts at 7 p.m. Friday in Bohler Gym. The game can also be seen live on Pac-12 Networks.