Attempt to be inclusive results in marginalization because of aliens, elves 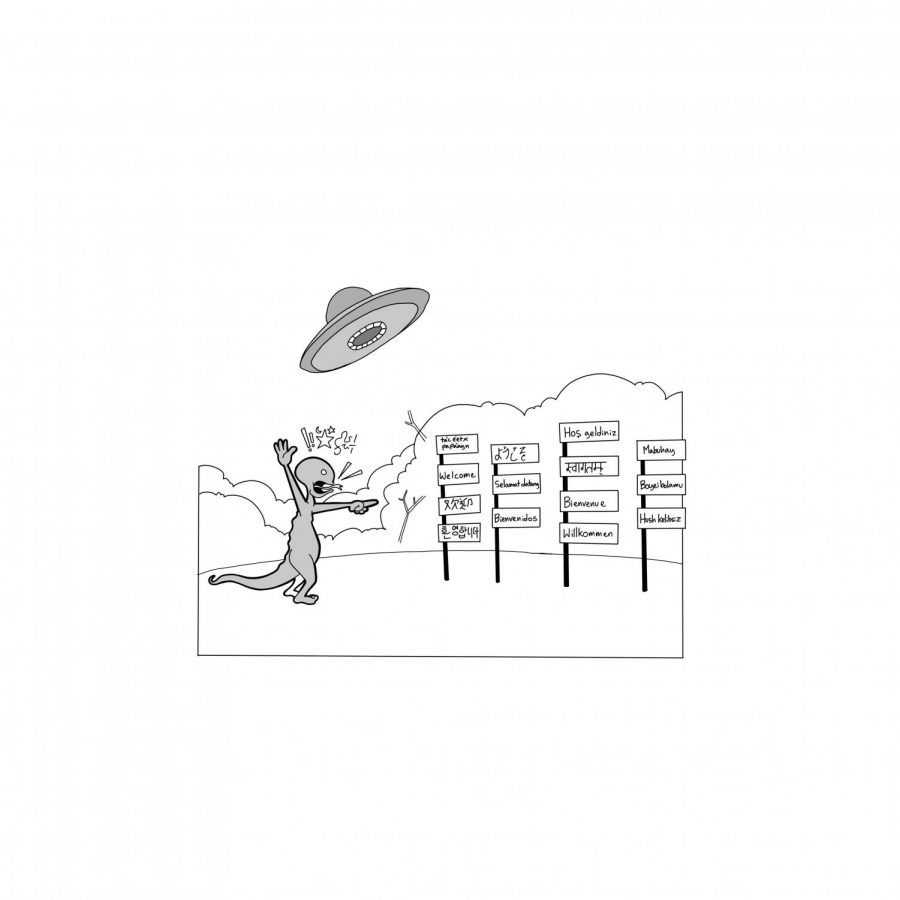 A controversy has recently arisen regarding the new welcome sign located on Davis Way.

The sign, which features the word “welcome” in over 60 languages, has received criticism from some students who claim that the sign is “still not inclusive enough.”

One student, a self-professed Star Trekkian named James Spock, expressed frustration that the sign didn’t include Klingon, a language of a species that exists in the darkness of the galaxy.

“One day, aliens are going to find Earth and when they do, they might speak Klingon,” Spock said. “Imagine the amount of disappointment they’ll have once they reach Pullman.”

Spock also brought up an event he predicted would occur if they didn’t feel welcome called The Great Beaming. He said the lack of Klingon on the welcome board would not sit well with the aliens.

However, when asked to elaborate on The Great Beaming, Spock simply gave our reporters a strange look and walked off. Some experts theorize that The Great Beaming is a complex alien plot to drain our resources and relocate humans to a smaller reservation on their planet — American-style.

Another student, a Lord of the Rings fan named Tolkia Orome, was also angered by the supposed lack of inclusivity. Orome argued that it’s blatant discrimination against other species to leave out their language, especially the Elvish people.

“Tolkien was a genius who spent years developing Elvish, yet it’s nowhere to be found on the sign,” Orome said.

When asked who would understand the Elvish if it was included on the board, Orome was quiet for a few minutes before she left with a dramatic flair of her cape. Her oddly-pointed ears were visible for seconds.

Since then, our reporters’ attempts to get back into contact with Orome have been unsuccessful. Witnesses said they have seen her on campus, but upon being approached Orome screeches in a strange tongue and runs away.

Complaints similar to Spock’s and Orome’s continue to surface. Prominent critics of the sign have included the president of the Pig Latin Club, Bobay Bennay.

On the flip side, others have criticized the sign for being too inclusive. One student named Kile Buzz said that by having so many languages the sign is “un-American.”

“This is America,” Buzz said. “We speak American here.”

Buzz conceded that if the number of languages had been 69, he would have been more accepting of the sign. When asked why that particular number would cause him to be more favorable toward the sign, he giggled and shrugged.

Despite the complaints, the welcome sign is likely to remain the same. It’s a great reminder of Pullman’s growth regarding the various ways in which we can say, “Welcome to Pullman.”