WSU needs to weed out misinformation on marijuana 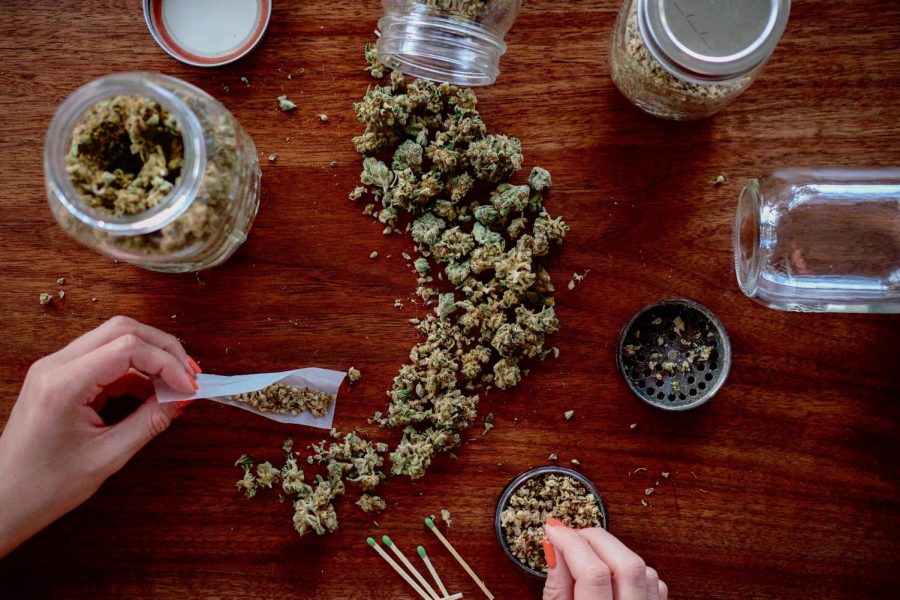 WSU needs to provide more resources to educate of-age students about how to safely use marijuana and what to be careful of when buying it.

Let’s face it, legal weed is great for Washington.

People can smoke it in a blunt or hit from a bowl, bake with it and get baked on it. Fun for all ages at or above the legal limit.

Washington income in 2017 from marijuana sales was $315 million, and half of this collection was put to funding the Basic Health Plan Trust Account, according to the Washington State Treasury.

So, regardless of personal intake, cannabis is improving the health of Washington residents. But individual consumption experience may vary.

We here, amid the sea of golden grass, surely appreciate the greenery now and again.

Six pot shops exist in and around Pullman, one of which opened this summer.

Alongside this growth, WSU’s student enrollment rates have also increased. The number of marijuana safety courses has, however, gone unchanged.

Sure, the majority of new enrollments are recent high school graduates, putting them well below the legal age restriction, but the same is true of alcohol, and we’re still put through an hour-long seminar on how much we can chug before blacking out or potentially dying.

But alcohol and marijuana have distinctly separate effects. From 2006-10 there were 88,000 average annual cases in which alcohol was directly responsible for an individual’s death, according to the Centers for Disease Control and Prevention.

Marijuana-related deaths are practically nonexistent. While traits of prolonged use, like lethargy and memory loss, can be examined, the exact effect of marijuana on the body after years of indulgence is unknown.

Potency is measured by comparing the ratio of THC, the stronger psychoactive compound, to CBD, a non-psychoactive cannabinoid. In the marijuana market, the most potent product is often in the highest demand, and thereby the most lucrative, said Jennifer Dzubay, commander of manufacturers, importers and wholesalers and marijuana of the Washington State Liquor and Cannabis Board.

“Potency is one of the more difficult aspects of our job,” Dzubay said.

Growers can sample from stalk, stem or leaf, and the contents of THC and CBD differ by part.

Providers can circumvent regulations on the potency of cannabis by sending in samples from one section of the plant that abide by legal limits for quality control while selling other parts that are more potent.

Imagine if bars could sell whiskey with the alcohol content of absinthe. It’s a dangerous and misinformative practice for the consumer.

The legislation would fix this, but due to the inconclusiveness of evidence being presented, it could not be solved with any single regulation.

“We should constantly be opening and shutting the discussion to these rules,” said Dzubay.

It will take constant upkeep of laws for marijuana to be safely measured and controlled.

Cannabis is good for the state in a variety of ways, but it’s not a cure-all. It has its dangers, and it has the potential to become even more dangerous with imprecise standards of measurement allowing higher THC levels.

It is in the best interest of Washington state to provide accurate information on the effects of THC so people can smoke a level they know they can handle.

For the safety of WSU students, the university should provide this knowledge to its best capacity. By keeping an informed campus, we can ensure no one is put at risk by the mislabeled products.