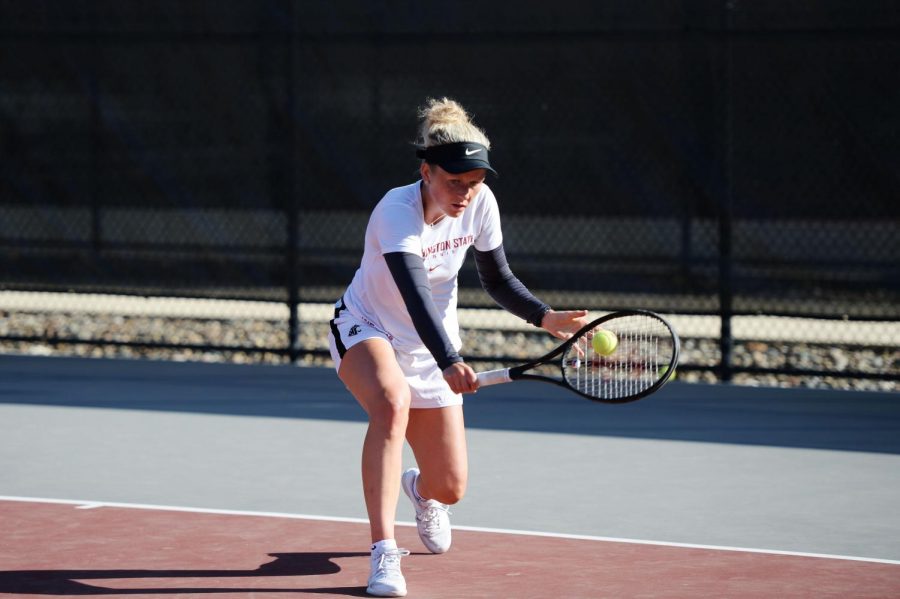 After the successful Cougar Classic, WSU tennis hits the road Friday for the Long Beach Invitational in Long Beach, California.

The Cougar Classic, held Sept. 21-23 on the WSU Outdoor Tennis Courts, gave the Cougars some confidence going forward as they captured big wins.

Continuing the stream of wins was Mylonas once again accomplishing another title win with freshman Hikaru Sato in the Crimson Finals Double bracket.

“I was really determined and I wanted to win really bad” Mylonas said. “This is my senior year so I really want to make the best out of it … and I really want to be a good leader in the team.”

Away from the Cougar Classic, WSU’s sophomore Michaela Bayerlova instead appeared in Malibu, California, for the Oracle/ITA Masters where she placed sixth in the Flight A-Women’s Singles tournament.

Her last appearance was at the Hilton Head tournament in the Van Der Meer Shipyard Racquet Club, where she lost to top-seeded University of Texas at Austin sophomore Bianca Turati. Bayerlova is ranked No. 601 in the world and is currently playing in the International Tennis Federation in Charleston, South Carolina.

The invitational will take place all day Friday, Saturday and Sunday.

“Last year what I remember about this tournament is there’s a lot of really good players,” Head Coach Lisa Hart said. “As a coach I think it’s kind of fun to get the players off campus sometimes and get all the distractions kind of gone and we can just focus on tennis.”